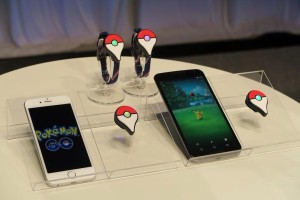 In the Pokémon Go trailer, for example, “wild” Pokémon appear in real-world gardens, city streets and rivers. Imagine children (and even some adults) who might trespass onto other people’s property, run into city streets or jump into rivers to go after that elusive wild Pokémon. Although terms of service (TOS) for such a game may likely shield the company from player-originated legal action, the company may remain liable to claims by others who are inadvertently harmed by the player’s actions (e.g., a driver who swerves and crashes to avoid a distracted player, a property owner whose fence is damaged by someone playing the game, etc.). Of course, one hopes that players will exercise common sense and caution when playing the game in public, but wherever there are humans, there will be lapses in judgment.

Moreover, with the advancement of videogame graphics and wearable head displays, it may be difficult to distinguish between what is real or simply part of a game. If a player is attacked by a realistic AR character via her head display, and she does not realize that the character is virtual, could she have a claim for assault as a result of her fear or apprehension from the virtual attack? If the player is injured or injures a non-playing victim as a result of the virtual attack, could she or the non-playing victim have a legal claim against the videogame company or others involved in the manufacture or sale of the game? If children perform violent acts that mimic their AR gameplay, could victims of those violent acts win a negligence lawsuit? Even though courts have repeatedly dismissed videogame violence cases against the industry on the basis of non-reasonably foreseeable harm (and, thus, no proximate cause), the advent of AR and VR gaming likely will represent a substantial shift in the foundation of such legal precedent.

While there is much excitement for the future of augmented reality and videogames, the companies that create and distribute those games will have a host of legal liabilities and loopholes to identify and guard against. There are already plenty of them out there, and more “spawn” every day. The challenge for companies like Niantic and other innovators in the AR gaming space? They had better catch ’em all.