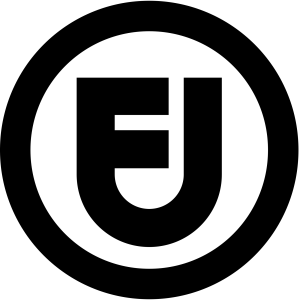 At its heart, social media’s purpose is sharing content;  however, fair use can only take one so far. A recent case serves as yet another reminder to exercise caution when reposting content, and that, in a litigious society, it is advisable to take the conservative approach and secure permission before reposting another’s content, even when there has been some modification of that content.

Back in October 2013, Fox News was sued for posting Thomas Franklin’s “Raising the Flag at Ground Zero” photo on a Facebook page. Fox News posted an altered version of the photo, which features three firefighters raising the American flag above the fallen ruins of the World Trade Center on September 11, 2001. An unknown person posted online the Franklin photo juxtaposed with the iconic World War II photograph of five American Marines and one Navy corpsman raising the American flag at Iwo Jima. A Fox News employee found this altered photo and posted it on the Facebook page of a Fox News program on an anniversary of 9/11 with #neverforget. New Jersey Media Group (NJMG), who Franklin worked for as a photojournalist, filed suit against Fox News for copyright infringement in the Southern District of New York. (NJMG has filed several similar lawsuits over the copyrighted image.)

Fox News moved for summary judgment and argued that the post was fair use. Courts look at four factors to determine whether fair use applies:

In a 1994 case, the U.S. Supreme Court emphasized the first factor as the primary indicator of fair use. At issue is whether the material has been used to help create something new (transformative) or merely copied verbatim into another work. The majority of the opinion was focused on the first factor. Fox News argued that its use was transformative because the juxtaposition of the 9/11 and World War II images constituted commentary. It also argued that the addition of #neverforget was designed to engage ongoing global discussion of 9/11 and commemorate the heroic acts of America’s first responders.

The Court, however, rejected the arguments and denied the motion. In doing so, Judge Ramos found that the first factor weighed in favor of NJMG. He found that the physical transformations by Fox News, such as adding the hashtag or cropping the image, were not extensive enough to merit protection as fair use. While the Court did acknowledge that the juxtaposition of the two images altered the content and message of the original 9/11 photograph, it did so “only minimally” and did not present “an entirely different aesthetic” from the 9/11 photograph. Further, the court doubted “whether the commentary Fox News wished to convey created anything new at all, much less anything transformative.” The Court also noted that this was a secondary use of a secondary use since the juxtaposition of images was not done by Fox News. This portion of the decision has been criticized since arguably the transformativeness factor should weigh exactly the same way for a publisher as for someone who republishes and any transformation should not be reduced simply because it was republished. In any event, the Court expressed skepticism regarding whether the juxtaposition was sufficiently transformative. The Court also found that the fourth factor weighed against fair use as NJMG maintains a program for licensing the photograph to media entities. The Court could not decide the second factor as a matter of law on summary judgment.

As for the second factor, the Court agreed with Fox News that the work was factual in nature and that NJMG “cannot claim ownership in the firefighter’s actions, the expressions on their faces, their ashen uniforms, or the American flag.” The Court stated that the photo is “a non-fictional rendering of an event of utmost historical importance” and concluded that this factor supported fair use.

The network responded that under the Court’s analysis “the unique, transformative qualities of social media are not taken into account when considering a fair use defense,” and noted that the case could have “massive implications” for how the fair use doctrine is applied to social media. Fox News appealed the ruling to the Second Circuit but dropped the appeal after the parties reached a tentative settlement in April 2015. However, those negotiations subsequently faltered.

Earlier last month, rather than proceed to trial, Fox News settled the case less than 24 hours before trial was set to start. The terms of the settlement are understandably confidential. Thus we will never know if Fox News would have been able to present sufficient evidence to change the fair use analysis in its favor. The case, however, does provide valuable insight into what may and may not constitute sufficient transformation to warrant fair use if the content is altered by the republisher.