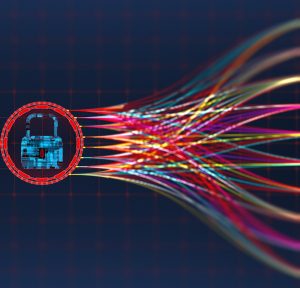 As we approach 2020, distributed ledger technologies (DLT) appear likely to have a far-reaching, comprehensive impact on our global economy. But core components of that economy—intellectual property rights in particular—sit in tension with DLT. Copyright owners learned this lesson with the advent of BitTorrent. Patent owners will face similar threats from DLT-based computing platforms executing programs referred to as “smart contracts.” To date, less than 500 U.S. patents have issued with the term “blockchain” in a claim, and none appear to have been litigated. As such, many nuances of DLT patent enforcement have not yet manifested. Nonetheless, even a cursory review of current case law reveals the road to a decentralized utopia is laden with patent-law potholes.

Patents, as a practical matter, require concentrated infringement. A single lawsuit can be expensive enough, and few patent holders have the desire or resources to file tens of thousands of lawsuits to protect their IP. Instead, savvy patent drafters craft claims targeting the chokepoints in the value chain, targeting the seller or OEM instead of the user. Concentrated control, however, is eliminated in blockchain-based computing platforms by design. Decentralized applications execute on globally distributed networks, with no single party hosting the infrastructure. Infringing code can be released anonymously and run on peer nodes globally. Depending on the nature of the rules, anyone with a computer with network access can execute an instance of the infringing code. The population of developers, users and miners may include hundreds of thousands of different entities, forcing some blockchain patent holders to play a very expensive game of whack-a-mole if they want to enforce their IP rights. The risks of cross-jurisdiction, highly diffuse infringement can be mitigated with the right strategies.

These principles argue in favor of allocating more of a patent application’s claim-count budget to non-method claims, e.g., claims to a system or medium storing code. Non-method blockchain patent claims may be infringed in the United States even when some steps of a patented routine are executed outside of the U.S. if a plaintiff can show benefit and control within the U.S. Consequently, even if a decentralized architecture makes it difficult to get a clean shot at the entities executing a patented routine, patent holders can potentially target the largest end-users within the United States by asserting that beneficial use and control resides with those parties.

Divided Infringement and Akamai v. Limelight
Decentralized computing platforms are attacking scaling problems of first-generation blockchain technology with a divide-and-conquer approach, where different parts of the network or other networks execute different subsets of the computing load, e.g., with “sharding” in Ethereum or layer-2 scaling. One consequence of this approach is that finding a single entity that performs each of the steps of a patented routine will likely be difficult.

To mitigate the risk of facing divided infringement issues, patent drafters should draft claims that isolate portions of an inventive process that are not readily subject to sharding or layer-2 scaling. Examples include latency-sensitive, conditional operations, where commits to on-chain storage between operations on different portions of the network will impose a performance penalty. Other examples include collections of operations that collectively require, or benefit from, consistency with respect to state. At the very least, a patent on such a collection of operations could force an adversary to pay for increased computing resources to execute on the platform.

Also problematic for enforcement, nodes generally institute pseudonymous identifiers, which often cannot be attributed to an IP address and otherwise allow users of the blockchain to remain anonymous. Thus, not only are anonymous users difficult to identify, developers that release infringing programs and then relinquish control may also diminish the universe of practically addressable targets.

Marking
Practitioners can maximize damages available to a patentee by advising their clients to step up their patent marking practices. Failure to do so could negatively affect IP valuation. In order to seek pre-suit damages, in some cases, plaintiffs must show that the infringer was notified of the infringement and continued to infringe. Patent marking can eliminate that requirement with constructive notice, provided that marking is sufficiently consistent and conspicuous. This requirement of notice (actual or constructive through marking) to recover presuit damages is eliminated when only method claims are asserted. But non-method patent claims particularly benefit from proper marking (as do method claims if asserted in a lawsuit alongside non-method claims). Patentees are well advised to add a note to their product literature and UI indicating a product is “protected by U.S. Patent [patent-#]” or indicating a product is “protected by U.S. Patent” and referencing a URL where patents are mapped to products.

Diffuse Infringement
Patent law is not well suited to address diffuse infringement, where a large number of entities engage in infringing activity that gives rise to relatively small damages on an individualized basis. Patent suits are too expensive to target end users of many types of inventions. Suing every homeowner using your improved mousetrap is not the way to riches.

The traditional approach to the diffuse infringement problem is to change who qualifies as the infringer, by drafting patent claims targeting choke points in the value chain. This might include claiming the mousetrap in an un-set, as-shipped state, rather than claiming a method of operating the mousetrap, to target the retailer or the manufacturer. In the context of computer software, this approach is often implemented by claiming operations of a server, rather than the client device.

Claiming server-side operations often does not work for decentralized applications. In many cases, by design, the targeted functionality is provided by a routine executed on many untrusted peer-computing devices under the control of different parties. What used to be the safe-to-claim server-side operation now also has diffuse infringement obstacles.

To mitigate this risk, a variety of approaches are worth considering. Patent holders may consider analyzing whether entities holding large collections of “utility tokens” are engaged in the sale of a patented method when they transact in the tokens. Such entities may offer a concentrated point of exposure to target. Patent applicants may consider national-phase patent filings in jurisdictions likely to have concentrated computing power on a decentralized network. For instance, mining metrics reveal the top three miners on Ethereum control more than 50% of the hash rate. Filing in the home jurisdiction of these entities may provide a point of leverage in some cases for some types of patents.

Life with the Ledger
As should be apparent by now, preserving intellectual property from DLT difficulties calls for approaches that are both flexible and discerning. After all, a patent need not be a “blockchain patent” to give rise to the issues discussed above. Some patented routines from centralized applications may be executed on decentralized platforms. Practitioners will do well to anticipate implications of enforcing clients’ patents when competitors have access to decentralized computing platforms, and should look ahead to identify potential key infringers.

Despite the complications introduced by distributed ledger technology, the “secret” to vigorous IP protection remains unchanged. Carefully constructed claims, sustained vigilance and good guidance remain the best formula for building and preserving a portfolio, no matter how “smart” the contracts or distributed the ledgers become.