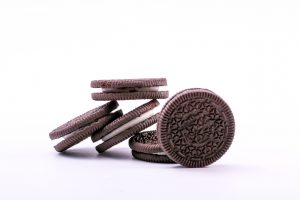 It’s Monday, and you’re at the local coffee stand with your work buddies sipping pour-overs made from freshly roasted fair trade beans. Brad from accounting is telling everyone about the new show he just binged on Netflix. It’s a coming of age story set in the ’90s and the throwback details are on point: the cool kids sport Starter jackets and Stüssy shirts; the geeks debate whether the Nintendo 64 is better than the Sony PlayStation; and the protagonist questions whether she should drink the bottle of Zima that her friend just handed to her. You interject:  “Zima?! Someone should bring that back!” “Maybe we should,” says Tim from sales. “Nostalgia. It’s delicate, but potent,” adds Dan from marketing, because Dan always quotes Don Draper whenever he can, as he shows everyone a “Bring Back Zima” Facebook group. Soon you find yourself brainstorming ideas on how to get rich by bringing back dead, but not forgotten, brands. But then Matt from compliance asks, “Are we going to get sued?”

Of course, the answer is, “It depends.”

For brand owners and those looking to revive brands that have fallen by the wayside, the question of who owns a mark that is no longer in use can be a difficult one to answer. A trademark generally lasts as long as it is being used in commerce by the owner. If an owner stops using a mark and it is deemed abandoned, then there is the potential for another to come along and use the mark as their own. Hydrox cookies and Stratotone guitars are two examples of dead brands that have found their way into the hands of new owners through nonuse.

How Can You Tell If a Mark Is Abandoned?
It isn’t easy if you’re on the outside looking in. Under the Lanham Act (15 U.S.C. §1127), a mark is deemed to be abandoned for non-use when the owner stops using the mark with intent not to resume use. Intent to not resume need not be explicit, but can also be inferred from the circumstances. However, nonuse of a mark for three consecutive years constitutes prima facie evidence of abandonment (which the owner may, of course, rebut). So the key question is often whether the owner intended to abandon the mark—which can be difficult to determine.

What If the Trademark Office Says the Registration Is Dead/Abandoned?
While it may indicate that the mark is indeed dead and open for another to use, the status of a trademark registration/application is not the end of the inquiry. That’s because cancellation of a trademark registration does not necessarily translate into abandonment of common law trademark rights. Nor does it establish its owner’s lack of intent to use the mark. As such, the owner of a mark may still have common law trademark rights in a mark even if it is no longer registered. One example of this is the Crash Dummy Movie case where Mattel maintained ownership of its Crash Dummies mark by proving it intended to resume use of the mark, even though it had allowed its registration to lapse and had stopped using the mark for a period over three years. (See Crash Dummy Movie, LLC v. Mattel, Inc., 601 F.3d 1387 (Fed. Cir. 2010).)

The Mark Is Unregistered and the Product Is Discontinued, so I’m Good, Right?
Hold your (prancing) horses. This very question was raised in Ferrari S.p.A. Esercizio Fabbriche Automobilie Corse v. McBurnie, 11 U.S.P.Q.2d 1843, 1989 WL 298658 (S.D. Cal. 1989), where it was found that Ferrari had not abandoned its rights in the unregistered trade dress of its Daytona Spyder even though Ferrari had not manufactured the car itself for over a decade. Ferrari was able to maintain its rights in the trade dress because it was able to prove that it had continuously and extensively manufactured replacement parts for the car, which were still being driven. However, compare that to General Motors Corp. v. Aristide & Co., Antiquaire de Marques, 87 USPQ2d 1179 (TTAB 2008), where General Motors was unsuccessful in maintaining its claim to the LASALLE mark, because the Board found that General Motors had no serious intent to use the mark after a “sixty-five year hiatus.”

Does This Mean My Dreams of Retiring Early on that Sweet Zima Reboot Money Are Dashed?
While the Zima trademark registrations may be dead, MillerCoors announced a limited release of Zima for the U.S. market back on June 2, 2017, and continues to maintain the website Zima.com, where it states:  “We’re still working on specifics, but we’ll see you in twenty eighteen.” So it sounds like you’ll have to put your Zima dreams on ice for now. Maybe check back in sixty-five years or so.