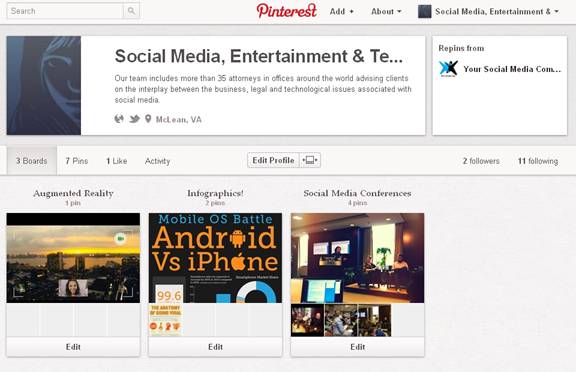 In case you couldn’t tell, we have a passion for all things social, which is why we’ve created our very own Pinterest page! We’ll be utilizing this platform to pin about the conferences we attend, cutting-edge social technology we discover, and anything else we find interesting. So if you want to keep tabs on our team, learn about new technology, or leave comments/questions, then please check out our boards and follow us on Pinterest.

We also want to interact with the community and learn about what’s going on in your neck of the woods too! So please get in touch with us and let us know about your boards as well.

On March 7, 2012, in our San Francisco office, Pillsbury hosted a discussion with prominent industry players from
Electronic Arts, Zynga, Lightspeed Venture Partners and KlickNation
(acquired by EA in 2011) to discuss all aspects of the process
surrounding video game company acquisitions. Topics included: how
deals are sourced in the video game space, how to decide whether or not
to sell, how to shop your company and how to negotiate deal value and
other key terms. Panelists came from both sides of the table to provide
insights as to how deals work from the perspective of the strategic
buyer and the founder/VC investor.

To read about the top takeaways from the event, visit Inside Mobile Apps.

Zenbe is just one in a long list of recent acquisitions by the social networking giant that have focused primarily on the value of intellectual property assets. Some of those acquisitions include: Divvyshot, Hot Potato, NextStop, Drop.io and FriendFeed. This underscores to critical importance of a sound intellectual property strategy that helps protect your product development and is aligned with your overall business goals.

There has been much buzz about Zynga’s attempt to patent virtual currency. As is often the case with patents, there is much hype, many misconceptions and little focus on the actual facts. Here are the facts.

1. Zynga does not have a patent on virtual currency. It has applied for a patent, the application has been published but has not yet been examined. It will be some time, if ever, before a patent will issue. The published application is 2010-0227675. Here is a copy of the Zynga Application.

2. Zynga is seeking protection for various aspects of virtual currency, particularly in the context of “gambling” games. The following is an example of one of the claims:

4. The patent application was filed

5. We will monitor the status of this application as it is examined and any rejections are made.

While many believe that this patent application will be rejected due to prior art, the most important take always are these:

E-mail us for a free guide on patent and other IP strategies in the social game space. 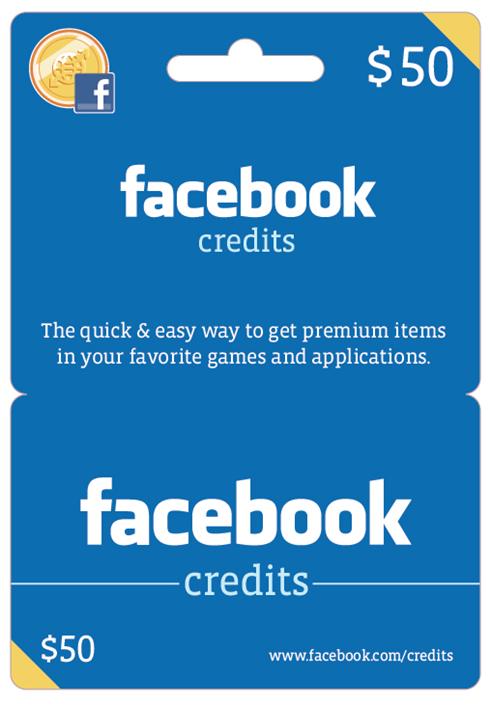 currency and real-world currency. Facebook and Zynga agreed earlier this year that players of Zynga games (such as Farmville) can use Facebook Credits to buy virtual goods, but there is no reason why real-world retailers looking to attract Facebook users and create online buzz couldn’t set up exclusive deals for Facebook Credits. Steve Richards has an interesting post at ecoconsultancy.com on just that topic – he even questions how long it will be before sites that enable you to buy, sell and trade virtual currencies become regulated exchanges.

As the line between virtual and real-world currencies disappears, there are a host of legal issues that virtual world operators will need to deal with. As we noted in this post, because of laws like the CARD Act and various state, local and even international laws and regulations related to the use of stored value cards and accounts, it is important to ensure that if you are offering virtual currency as part of your business model, you verify that you are in compliance with federal, state and international laws.

For more information on legal issues with virtual currencies see our

We are proud to welcome two high profile lateral hires to our rapidly growing Virtual Worlds and Video Game team. On July 1, Sean Kane joined our New York Office. This follows on the heels of Mark Litvack joining our LA office in June of this year.

Sean has a broad range of IP experience advising on copyrights, trademarks, digital rights, trade dress, trade secrets, unfair competition and publicity/privacy rights. He joins from Kane & Associates LLC, where he provided comprehensive legal and business solutions for start-up ventures, mid-cap companies, multinationals and individuals involved in various interactive entertainment and IP-related enterprises. Sean has also been active in various industry and legal organizations. For example, he is a member of the American Bar Association Section of Intellectual Property Law (Co-Chair of the Computer Games and Virtual Worlds Committee), a member of the Section of Science & Technology Law (Co-Chair of the Virtual Worlds and Multiuser Online Games Committee), a member of the Board of Editors of the LJN publication, Internet Law & Strategy and frequently writes and lectures on these subjects.

Mark has extensive experience in a wide range of IP litigation matters, including copyright and trademark infringement, Internet piracy and prosecution, and entertainment law and previously served as Vice President at the Motion Picture Association of America, where he focused on Internet piracy issues. He also advises video games and virtual world companies.