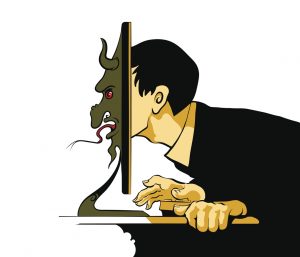 Managing reputation is tough when every person with a social media account is a potential critic with global reach. Organizations must contend with the concern that one negative social media posting could destroy hard-earned goodwill built up through years of thoughtful investments and interactions. While social media platforms allow for organizations to efficiently engage with their target audience, they also allow users to easily become the targets of reputational attacks, such as unfounded complaints or smear campaigns. The potential for posts to go viral, the ability for posts to remain with seeming permanence on the internet and the capacity for social media users to mask their identities make it difficult for organizations to mitigate the consequences of an online reputational attack. The good news is that victims of such an attack are not without recourse. Generally, there are four options for responding to a negative social media post:

If, when and how to respond are decisions that must be made by each organization individually after considering several factors, including those discussed below.

Option 1: Do Not Respond to the Post
As tempting as it may be, sometimes the best course of action is to not respond to a negative social media post. In deciding whether to respond, it is necessary to weigh the potential benefit of responding against any potential costs or negative impacts. It is important to consider that responses to a post are public or can easily be made public. This means that any attempt to remove or disprove a post could have the unintended consequence of further publicizing the information (called the “Streisand effect” after Barbra Streisand, who attempted to suppress photographs of her home, but drew further attention to it). For example, if the post is an outlier—one negative post in a sea of positive ones—it may not be worthwhile to highlight it. (To sway public support, it has become increasingly common to see recipients publically post cease letters.)

Consider whether responding to a post would require disclosure of any confidential or protected information. For example, a doctor may not effectively respond to a negative post without implicating information covered by physician-patient confidentiality rules. If such is the case, then the organization should not violate any such disclosure or confidentiality obligations.

However, if the post violates intellectual property rights, is fraudulent and/or contains material falsehoods, then it may be necessary to take action and respond to the post. The specific actions taken will depend in part on what claims may be implicated by the statements made in the review. Examples of common legal claims against negative reviews are copyright infringement, defamation and/or breach of a nondisclosure agreement. Notably, defamation claims require a false statement—mere opinion or truthful statements are not actionable.

Option 2: Respond Directly to the Author
If it is not possible, or desirable, to ignore the negative post, then the next potential option is to contact the author of the post to either attempt to address the underlying cause of the negative post (if a legitimate cause exists) and/or to request that the post be taken down. Sometimes, contacting the author to address the problem, may help to remedy the situation and demonstrate the organization’s commitment to quality customer service and responsiveness. For example, Yelp allows a business to post public responses to reviews, in part, so the business can mitigate or refute negative reviews. If the author is rational and does not have a hidden agenda, this can often be the most effective and efficient means to address a negative post.

Option 3: Contact the Social Media Platform
In some instances, a post’s author may refuse to do anything, the author may be unknown, or it may otherwise be undesirable to contact the author. In such cases, another possible option is to contact the social media platform directly to see if anything can be done. Often services are willing to remove a post based on assertions of copyright claims (e.g., the post includes a photo owned by someone other than the post author), fraud (e.g., the post is created by a bot or is spam), harassment, or other violation of the platform’s terms of service. Services are generally less likely to remove a post, however, if it requires the service to determine the truth of a statement or to take a position on a legal claim. Some services will not remove a post or identify an anonymous user absent a court order. Because of this, organizations need to review the terms of service to understand how the service handles removal requests and under what circumstances a post may be removed.

Option 4: Litigation
If the options above fail to achieve the desired outcomes, then it may be necessary to consider a lawsuit. While litigation is typically an option of last resort due to its high cost and resource demands, at times, a lawsuit is the only means of seeking redress. For example, when a review is posted anonymously or under a pseudonym, it may be necessary to sue and demonstrate a viable claim to force the social media service to disclose the identity of a review author. Furthermore, a lawsuit places a heavy burden on a plaintiff to prove there was a legal wrong (e.g., defamation). (Interestingly, there has been a recent trend in medical professionals suing former patients for defamation based on negative online reviews—reported results are mixed, so far.)

As an example of necessary litigation, the story of Re/Max real estate agent Monika Glennon is instructive. One day an anonymous stranger penned a fake review alleging that Glennon engaged in an extramarital affair with a client and posted it on the website She’s A Homewrecker. A second anonymous stranger then reposted the review to Re/Max’s Facebook page and sent it to Glennon’s contacts, including her bosses. The review continued to spread, making its way to the website BadBizReport and eventually becoming the top search result for Glennon’s name on Google. Glennon eventually had to file suit. After $100,000 in attorney’s fees. Glennon succeeded in her efforts to unmask the strangers who sought to ruin her life and succeeded on her claims of copyright violation, invasion of privacy, intentional infliction of emotional distress, and interference with her business. Glennon also obtained court orders requiring removal of the review and that search engines de-index the review, so it does not appear when Glennon’s name is searched. This was not a complete victory for Glennon. While She’s A Homewrecker has removed the review, it remains up on BadBizReport, and it has been reported that they have no intention of complying with the court’s order.

In an example of a litigation with mixed results, a falling out between a law firm and its client resulted in the client posting a negative review on Yelp. In response, the law firm sued its former client for defamation and won at the trial court level. However, this was by no means the end of the case, which Yelp appealed all the way to the Supreme Court of California. By the end, the court held that Yelp is immune under the Communications Decency Act and cannot be forced to remove the offending reviews. Rather, the court only has the power to force the former client to remove the posts (which it did). Here, it is uncertain whether the time and expense of the litigation was worthwhile—Yelp has noted that the law firm continued to be highly rated on Yelp, and the court noted that the review remained up for a long period of time (more than four years).

The above options are not mutually exclusive and can be taken in combination as necessary. The most important thing when facing a negative review on social media is to assess both the potential impact of the review and of any response to the review. By looking at the bigger picture it is possible to effectively and efficiently manage your organization’s social media reputation.

(Note, a version of this article appeared on the American Society of Association Executives website.)