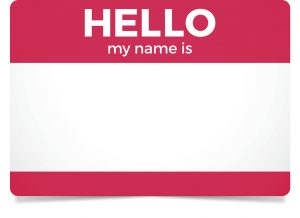 After counter-protests ended in tragedy, a small group of social media users took to Twitter to expose the identities of the white supremacists and neo-Nazis rallying in Charlottesville, Va. Since last Sunday, the @YesYoureRacist account has been calling on Twitter users to identify participants in the rally. Twitter users identified several white supremacists, including Cole White. Users revealed White’s name and place of residence and his employer reportedly fired him from his job at a restaurant in Berkeley, Calif. Several other employers fired employees identified online as attending the rally. In the wake of what will likely be just the latest incident where such behavior will be exhibited and subsequently called out on social media, it’s a good time to look at doxing and the legal environment in which it exists.

Doxing is the gathering and public distribution of private or identifiable information of an individual, such as photographs, telephone numbers and addresses, by scouring information on the internet. Doxing is generally done for two reasons: for purely malicious reasons to harass or bully someone, or as a form of vigilante activism to expose a perceived injustice or increase transparency.

Twitter and other social media platforms prohibit the posting of another person’s private and confidential information, such as intimate photos or financial information. However, there are no laws specifically prohibiting doxing. Certain conduct involving doxing may be illegal—for example, if the published information is used to extort or threaten injury to someone. Most states criminalize cyberstalking or apply harassment statutes to online activity, as well. Doxing would also be illegal if the information was obtained by hacking, although as more and more information is being shared on the internet, it has become increasingly easier to obtain someone’s personal information, like a phone number or address, by simply searching publicly available information.

In 2016, the Utah legislature proposed a bill to address doxing. The bill would add the act of “distributing personal identifying information” as actionable under the existing state criminal code that punishes certain kinds of electronic communications with intent to annoy, alarm, intimidate, offend, abuse, threaten, harass, frighten or disrupt the electronic communications of another. Personal identifying information would include names, addresses, places of employment, photographs or any other realistic likeness. Opponents of this bill argue that the bill’s language was drafted too broadly and runs afoul of the First Amendment.

Tort remedies, such as harassment or intentional infliction of emotional distress, could also be available to someone who has been doxed. Defamation claims could also be pursued if the person was wrongfully identified. One of the more infamous recent examples of doxing gone wrong occurred in the aftermath of the 2013 Boston Marathon bombing, when a missing Brown University student was falsely identified as being one of the bombers. The Charlottesville protests yielded their own cases of mistaken identity, such as when @YesYoureRacist misidentified a white supremacist attending the rally in Charlottesville as engineering professor Kyle Quinn, who was subsequently hit with a barrage of online abuse. Of course, many people at the rally gave public statements or appeared in interviews identifying themselves and would likely not be able to seek redress based on privacy rights. For example, @YesYoureRacist identified Peter Cvjetanovic, a student at the University of Nevada, but he had also given an interview to a local Reno television station publicly identifying himself as an attendee.

Legislators have clearly recognized the need to address forms of harassment, bullying and other crimes that are taking new digital forms like doxing. Whether laws can effectively target doxing without infringing on freedom of speech remains to be seen, particularly when doxing is used for arguably political purposes like outing white supremacists or leaking sensitive government information for the perceived good of society.