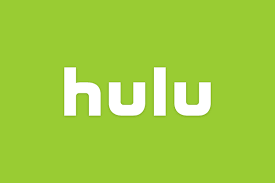 As more and more content that has traditionally only been offered over-the-air, through cable, or on satellite becomes increasingly available via the internet, television content providers must take care in scrutinizing their existing broadcasting agreements to avoid potential conflicts with their current distribution affiliates. Although the internet offers content creators the ability to distribute media directly to their audiences, television networks will face a host of issues if they are not careful in structuring their approach to this new media paradigm.

CBS is the latest network to agree to provide content to Hulu’s anticipated live-streaming service, which is set to premiere sometime in 2017. The addition builds on the content that Hulu had already secured from the Walt Disney, 21st Century Fox and Turner networks. Hulu’s latest agreements allow the company to offer customers content from channels such as ABC, CBS, FOX, TNT, ESPN, CBS Sports and Fox Sports.

The addition of CBS to Hulu’s existing roster of content providers is especially interesting because CBS is one of the few networks currently offering its own direct paid subscription service for on-demand access to some of its programming similar to the on-demand media that Hulu’s existing service provides.

CBS’s move is indicative of television networks’ increasing desire to engage directly with consumers. But as television networks move to stream more of their media to end users via the internet, CBS and other content providers will have to closely review their existing agreements with their distribution partners to determine if there are any encumbrances to providing their content as online services. For example, distribution agreements typically call for cable companies to pay significant sums for exclusive rights to distribute in sizeable media markets. But internet-based offerings are likely to create problems pinpointing an online user’s actual location because they can easily spoof geographic locations through VPN services. As content providers seek to meet the demands of an increasing number of “cord cutters,” we can expect traditional distribution partners like cable and satellite providers to increasingly review, scrutinize and seek to protect their distribution rights as an increasing number of their customers shift away from them to an internet-based solution.

In addition to reviewing their existing agreements with distribution partners, content creators that are planning to distribute directly to consumers may face a number of legal issues that they previously were able to depend on their distribution partners to handle. For example, networks will be subject to various consumer protection laws in each state and will have to create clear terms of service that: explain how to terminate service, spell out automatic renewal features (if any) in compliance with state and federal law, highlight any arbitration provisions—preferably with a separate click-through assent feature—and outline the services provided with a click-through style agreement.

Accessing television content via the internet fundamentally changes a media distribution paradigm that has been in place for many decades. Television networks would be well advised to anticipate the legal ramifications of embracing this new model in advance, so that they are able to minimize any problems down the road.