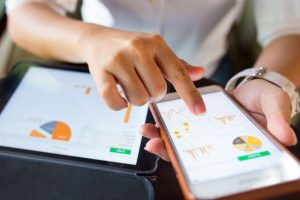 As technology becomes increasingly advanced and complex, it seems that a new software emerges every day to perform some novel function. Whether it is computer generated imagery (CGI) or deciphering a code in a bible, software developers are helping the users of their software make great strides in all types of industries. In these situations, it’s commonly accepted that the developer owns the software and the user can use the benefits of the software through a license. However, a less clear issue has arisen in recent years—does the software developer own the output generated when using the software?

This question has been posed to the courts with varying results. Earlier this year, U.S. District Judge William Orrick III of the Northern District of California granted summary judgment in favor of defendants, Unigate Enterprise Inc. et al., on the issue of copyright infringement. The plaintiff, Design Data, is the owner of computer-aided design (CAD) program for steel detailing. Design Data alleged that the defendants downloaded an unauthorized copy of their CAD program, and used the program to generate CAD images and files that they then sold to customers in the United States. Design Data argued that defendants were liable for copyright infringement for the unauthorized download and also for selling the output from the program, which Design Data argued that its copyright in the program extended to.

Judge Orrick granted summary judgment for defendants finding that the unauthorized download was a de minimis copyright infringement, that any infringement by defendants’ Chinese contractor was beyond the reach of U.S. copyright law, and that Design Data failed to show that its copyright protected the generated images and files at issue. On appeal, the Ninth Circuit reversed in part, saying that there were disputed facts as to whether the infringement was de minimis, but affirming that Design Data did not have copyright protection for the output.

The Ninth Circuit noted that the district court cited Atari Games Corp. v. Nintendo of Am., 1993 WL 214886, 1993 U.S. Dist. LEXIS 8183 (N.D.Cal. Apr. 15, 1993) in supporting its decision that Design Data’s copyright did not extend to the CAD images and files. That case drew a distinction between the source code that operates a program (copyright protectable) and the output data from the program (not copyright protectable). The Atari Games court reasoned that because 17 U.S.C. § 101 provides that, “[a] ‘computer program’ is a set of statements or instructions to be used directly or indirectly in a computer in order to bring about a certain result,” the definition indicates that protection for computer programs includes program instructions or software code but not the program data stored somewhere in memory (and which can change as the program instructions are executed by the computer). Accordingly, the Atari Games court stated that the “job files” and other documents produced by the program are “data” not covered by the program’s copyright.

Whither the Lion’s Share?
The Ninth Circuit did, however, note another case that found a program’s copyright may extend to its output in certain circumstances. In Torah Soft Ltd. v. Drosnin, 136 F. Supp. 2d 276, 283 (S.D.N.Y. 2001), defendant Michael Drosnin wrote a book about a hidden code in the Hebrew Bible discovered by an Israeli mathematician. According to some researchers, the mathematician believed that the code contained prophecies. The code is supposedly so complex that only a computer can decipher it. Drosnin used a software, owned by Torah Soft, that was developed to decipher the code and included printouts of matrices achieved by the software’s results in his book. Torah Soft sued Drosnin for copyright infringement, claiming that Drosnin infringed its copyright in the software program by reproducing the matrices.

Drosnin argued that he was the owner of the output since he created the output by inputting text to be searched. Judge Shira Scheindlin disagreed and stated that “an end-user’s role in creating a matrix is marginal,” explaining that “[c]reating a matrix is unlike the creative process used in many computer art programs, which permit an end-user to create an original work of art in an electronic medium.” Judge Scheindlin looked at what or whom—the program or the end-user—supplied the “lion’s share of the creativity” to create the output. In Torah Soft, the court found that the program did the lion’s share of creating the matrices. However, the court still granted summary judgment of non-infringement because the output was not protectable by copyright in that case, partly on the grounds that the matrices produced by the software were similar in format to other similar software products. Accordingly, the district court concluded that the matrix format is a commonplace or stock feature of Bible code computer software and is not protectable. Thus, based on Torah Soft, it appears that, at least in the Southern District of New York, the copyright owner of a software may have protectable copyright in the output from that software if the output meets the requisite level of originality.

In any event, the Ninth Circuit in Design Data did not decide whether copyright protection in a software program extends to the program output. Instead, the appellate court assumed that, even if such copyright protection extends to the output, Design Data did not raise a question of material fact that the images and files reflected the contents of its program or that the program “does the lion’s share of the work” in creating the steel detailing files or that the user’s input is “marginal.”

As can be seen from these two cases, this area of copyright law is certainly not clear-cut and would benefit from further development. As industries continue to rely more and more on software, this issue of copyright ownership in software output is sure to be further litigated and users of licensed software programs need to follow the development of this issue carefully.