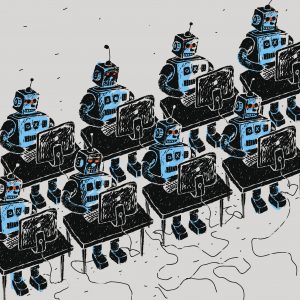 President Donald Trump loves to tweet. Although he has been a prolific tweeter since his days as a reality TV star, during his presidential campaign and subsequent time in office, President Trump has taken the “Art of the Tweet” to new heights. The media, in return, has done its part in slicing, dicing, mincing, chopping, deconstructing, and otherwise analyzing President Trump’s Twitter use six ways to Sunday. (Covfefe, anyone?)

Recently, though, it’s not just the content of President Trump’s tweets that has garnered attention. It’s also his audience.