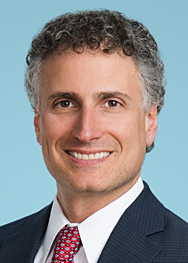 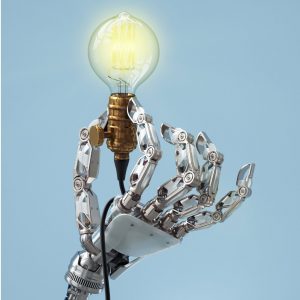 Three years after Elon Musk announced in his famous “All Our Patent Are Belong To You” blog post that Tesla would be opening all of its patents to the public, he tweeted a recommendation of Max Tegmark’s recent book Life 3.0: Being Human in the Age of Artificial Intelligence—which just happens to allude to a not-too-distant future world in which, based on current patent law, all inventions might be free and open to the public. In this story, superhuman general artificial intelligence is secretly created by humans, and its creation began the end of human invention.

In Tegmark’s world, the superhuman A.I. makes its first millions by targeting Amazon’s Mechanical Turk (or MTurk) and developing category-specific A.I. modules that perform tasks requested in the MTurk marketplace. Quickly thereafter, the superhuman A.I. makes its first billions by creating sensationally successful animated movies and series without human guidance. As we’ve discussed in an earlier blog post, all of the foregoing A.I.-generated works would most likely be excluded from copyright protection under current copyright law—a work might still be copyrightable if a human had provided the creative intervention that produced the work. That is, under current copyright law, the question of whether a copyright may be issued for an A.I.-generated work depends on whether the work involved human authorship using a machine as a tool or whether the machine “conceived” the creative elements of authorship in the work.

Unlike copyright law, where the Copyright Office has issued guidance clarifying that “a work of ‘authorship’ … must be created by a human being,” the Patent Office has not issued similar guidance. Although the Federal Circuit recently concluded that “inventors must be natural persons and cannot be corporations or sovereigns,” the court’s conclusion appeared to be based on the premise that the “conception” element required under patent law is “a mental act” and that only natural persons can perform such an act. However, if one believes that a machine’s computations should be considered a mental act, the court’s definition for “inventor” could be broadened to include A.I. capable of the mental act of conception. The U.S. Code is also not clear—the word “inventor” is defined to mean “the individual … who invented or discovered the subject matter of the invention,” but the word “individual” is defined using the open-ended term “include” to “include every … member of the species homo sapiens.”

Some have taken the position that the laws are antiquated, and that computers should be recognized as inventors. For example, law professor Ryan Abbott argues that in some instances, a computer’s output constitutes patentable subject matter, and that the computer rather than an human or individual that should be recognized as the inventor (or perhaps at least a co-inventor). He believes that the laws should be changed, or at least considered for change, in order to reflect the realities of today’s technological developments.

For now, under current laws, until we get closer to the creation of such superhuman A.I., the use of artificial intelligence to develop patentable technology is similar to the use of non-A.I. computers as a tool to do so, and not as likely to arouse debates of whether a human materially contributed to the technology’s conception. Nonetheless, as technological development continues to accelerate, so must our laws for A.I.-facilitated creations evolve in anticipation of a fast-approaching, Tegmark-like world.