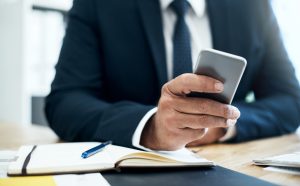 Even seemingly innocuous provisions prohibiting profane language or harassment may be found in violation of the NLRA if it restricts protected activity under Section 7. These so-called civility rules were addressed in a prior 2004 NLRB case, Martin Luther Mem’l Home, Inc., dba Lutheran Heritage Village-Livonia, 343 NLRB 646, which established the Lutheran Heritage standard. The standard provides that an employer’s civility rules are unlawful if they explicitly restrict activities protected by Section 7 of the NLRA. Even if a rule does not explicitly restrict protected activities, it may still violate the NLRA if one of the following can be shown: (1) employees would reasonably construe the language to prohibit Section 7 activity; (2) the rule was promulgated in response to union activity; or (3) the rule has been applied to restrict the exercise of Section 7 rights.

In years following Lutheran Heritage, the Board relied on Lutheran Heritage’s “reasonably construe” standard to invalidate numerous neutral work rules such that practically every U.S. employer was placed at risk of being found to be in violation of the NLRA by virtue of the wording found in their employment agreements, employee handbooks and work rules. However, in the recent December 2017 decision in The Boeing Company, 365 NLRB No. 154, the majority articulated a new test for addressing the facial validity of work rules, overturning Lutheran Heritage. In doing so, the majority stated that “[t]hough well-intentioned, the Lutheran Heritage standard prevents the board from giving meaningful consideration to the real-world ‘complexities’ associated with many employment policies, work rules and handbook provisions.”

In upholding the validity of Boeing’s no-camera policy that prohibited employees from using camera-enabled devices to capture images or video without a valid business need and approved permit, the Board issued the new standard, emphasizing the importance and duty to strike the proper balance between asserted business justifications and encroachment on employee rights. Per the new test, in evaluating any facially neutral work rule that, when reasonably interpreted, would potentially interfere with the exercise of Section 7 rights, the Board will now evaluate two items when assessing the facial validity of work rule language: (1) the nature and extent of the rule’s potential impact on NLRA rules and (2) an employer’s legitimate justification associated with the rule.

The Boeing Board identified three categories of work rules that would likely result from the new balancing test:

While Boeing provides much needed clarity and balance to the analysis, employers still need to regularly assess their work rules, including those laid out in social media policies, to ensure that such rules fall into Category 1 or, should they fall into Category 2, have legitimate justifications. It is important to recognize that while the maintenance of particular rules may be lawful, the Board held that the application of such rules to employees who have engaged in NLRA-protected conduct may nonetheless violate the Act, depending on the particular circumstances presented in a given case.