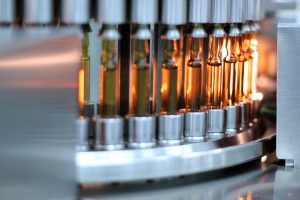 While companies in every industry are working hard to figure out the best response to this global pandemic, those in the pharmaceutical and medical device industries have been faced with some unique challenges related to the balancing of intellectual property rights with serving the public good. One particular question that such companies might face is whether parts of their patent portfolio are connected to federal funding and if so, how the Bayh-Dole Act may come into play as the government faces increasing pressure to meet public health needs.

The Bayh-Dole Act was approved by the U.S. Congress to address the concerns of commercialization of technology developed with federal funding. One of the objectives of the legislation is to “ensure that the Government obtains sufficient rights in federally supported inventions to meet the needs of the Government and protect the public against nonuse or unreasonable use of inventions” (35 U.S. Code § 200). Under the Bayh-Dole Act, nonprofit organization (including universities) or small business firm may elect to retain title to any “subject invention” produced with federal financial assistance, such as a federal grant (35 U.S.C. § 202(a)). The Bayh-Dole Act also provides the U.S. government “march-in” rights which allow the federal agency, in special circumstances, to require the patent owner to grant a “nonexclusive, partially exclusive, or exclusive license in any field of use to a responsible applicant or applicants.” In other words, the federal government can “march in” with a compulsory license for research funded by the federal grant. In situations where “action is necessary to alleviate health or safety needs,” the government has the ability to force the company with the inventions generated by public funding to license its rights to a third party to bring the patented invention to market “upon terms that are reasonable under the circumstances.” If the company holding the patent refuses to do so, the government may grant the license to the third party itself.

The COVID-19 pandemic could prompt the federal government to invoke its march-in authority if the invention company does not make the technology available for production. As explained above, under the Bayh-Dole Act, the federal government can retain ownership rights in some patents for inventions produced by government-funded research. It should be noted that no federal agency has yet used this mechanism to license patent rights to others during the history of the Bayh-Dole Act. However, given the severity of the current health crisis, companies receiving federal funding in coronavirus-related research and development, should consider the possibility of the federal government stepping in and taking control of the ownership of the patent.

Even if your invention is not funded by federal assistance, the U.S. government can still use the patent without the owner’s permission and procure the patented goods. Under 28 U.S.C. § 1498, the federal government has the right to use or manufacture any patented product. The patent owner’s remedy is recovery of “reasonable and entire compensation” for the use and manufacture, but 28 U.S.C. § 1428(a) also states that such compensation “shall not include such costs and fees if the court finds that the position of the United States was substantially justified or that special circumstances make an award unjust.” The statute does not define “special circumstances,” but the government’s use of a COVID-19-relevant patent to address a national health crisis is exactly the type of special circumstance for which the statute was intended.

If you are in the business of manufacturing medical supplies and equipment, and have or are developing  intellectual property rights in such products, it may be advisable to take a proactive approach when partnering up with universities or federal research institutions so that you can better control how your intellectual property rights are used, rather than waiting for the federal government to step in and grant the patent rights under the Bayh-Dole Act.

As a Response to COVID-19, 3D Printing Provides Some Wins … and Some Compelling Intellectual Property Questions