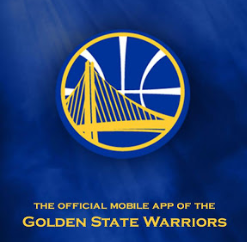 What are the privacy limits when users give permission for an app to access their smartphone’s microphone? A purported class action filed last week by LaTisha Satchell (a New York resident) against the Golden State Warriors (the first NBA franchise employing such an app), Signal360 (the New York-based licensor of the relevant technology) and Yinzcam (the Pennsylvania-based app developer) tackles this issue. Plaintiff filed her complaint in the Northern District of California, asserting violations of the Electronic Communications Privacy Act of 1986 for the class that downloaded the Android version of the Warriors app and for a broader class of those using any Android app with the Signal360 technology.

The free Warrior’s app at issue allows fans to view live scores and share posts from Warriors games on social media. Although the app requests permission to access fans’ microphones, the app does not disclose that once launched, the app can and does use signals obtained from the device to: (i) track the user’s location, (ii) send targeted advertising material, (iii) and listen to the user’s conversation (and to all other audio transmitted within a radius of the phone). According to the complaint, the app’s capabilities are not restricted to only when the user is engaged but rather continue operating and listening until the app is closed—either when the consumer’s smartphone is turned off or when the consumer “hard closes” the app.

The Complaint asserts ECPA claims for each class for allegedly intercepting (by listening in and recording) Plaintiff’s and the class’s private conversations, including oral communications, where Plaintiff and the class expected such communications were and would remain private. Plaintiff seeks injunctive relief to prevent Defendants from continuing to listen to and record consumer conversations and statutory damages equal to “the sum of actual damages suffered plus any profits defendants earned through their unlawful conduct” or “$100 per class member per day of the defendants’ violations, or $10,000 per class member,” whichever is greater.

The Satchell case remains in the pleading stages and as such it is still too early to evaluate the merits of this complaint. If, however, the intercepting and recording of oral communications allegations without consent are proven to be true, such actions would constitute serious violations of the ECPA. In addition to the legal implications, it will be interesting to see how fans react to this news. Some may care enough to stop using the app. However, one-click purchasing and the camaraderie of sharing on social media seems to have forever raised the tolerance for what consumers are willing to disclose with their mobile devices; for many, the allure of convenience and community outweigh privacy concerns. Fan-based apps for sports teams, TV shows and reality TV characters arguably inspire even more intense loyalty than retail chains, and these serious fans are not likely to stop using their mobile devices to check on their teams or for news on cult favorite TV cliffhangers. (Consider Kimojis, which require access to everything on your phone, including credit card data and purchases.)

Cases like Satchell vs Sonic Notify remind us that the battle to better target and track consumers is as fierce in its own way as any cyber jousting between nations, and that the most important coming battles over personal privacy may well occur in relation to one’s favorite team, TV show or tennis shoe.