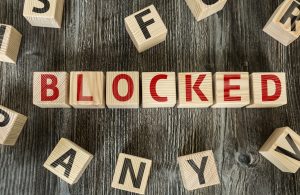 Recently the outcome of another case involving a government official blocking access to her social media account may foretell how the case against President Trump proceeds. Brian C. Davison, a software consultant, filed suit against the Loudon County’s Board of Supervisors and Phyllis Randall, chairman of Loudon County’s Board of Supervisors, in the Eastern District of Virginia. Davison had criticized Randall on her Facebook page and commented about alleged misconduct by her colleagues, and was subsequently blocked by Randall.

According to Davison, who appeared pro se, banning him from the Facebook page was an illegal prior restraint based solely on the content of his views. He also argued that because she posted during business hours and associated the account with her government email address, the Facebook page was meshed with her role as a government official. Randall’s attorney argued that Randall’s personal Facebook page should not be equated to a government account and noted that she was not using country resources to maintain the account.

After a bench trial, Judge James Cacheris found that Randall violated the First Amendment through her actions. He found that, even though she set up her “Chair Phyllis J. Randall” page herself and outside of the county’s existing social media accounts, Randall was acting in a governmental capacity when operating her Facebook page. He also noted that Randall used her Facebook page to solicit comments from her constituents and that the “about” section of the page listed her as a government official, was linked to the county website and provided government contact details. “Plaintiff’s comment regarding alleged misconduct by County officials was obviously related to a question Defendant had fielded at a town hall earlier that evening,” stated the Judge.

Judge Cacheris stated in his opinion: “The First Amendment applies to speech on social media with no less force than in other types of forums. The Court cannot treat a First Amendment violation in this vital, developing forum differently than it would elsewhere simply because technology has made it easier to find alternative channels through which to disseminate one’s message…” and “The suppression of critical commentary regarding elected officials is the quintessential form of viewpoint discrimination against which the First Amendment guards…” The Judge further opined that the Facebook page is a forum for protected, free speech under both federal and Virginia state law.

However, the Judge imposed no penalty as Randall lifted the ban against Davidson after 12 hours, and the Judge noted that the consequences of her actions were “fairly minor.” Judge Cacheris clarified that Randall can moderate comments on her Facebook page, and emphasized that his ruling shouldn’t be read as prohibiting all public officials from blocking commenters from their social media accounts.

As this case reflects, whether actions taken by a government official regarding his or her social media account violates the First Amendment will be a highly fact-intensive inquiry. While the opinion seems to suggest that an outright ban of a commentator to the social media account may amount to a violation, reasonable moderation will likely be tolerated. How much moderation is “reasonable moderation” is left to be seen. A rebuttal comment to the post would likely be allowed, but what if the government official hid the negative comments from the Facebook page? Or what if Randall had maintained a Facebook page for her official position and a separate personal Facebook page where the personal page was devoid of any references to her capacity as a government official? In any event, as more and more government officials take to using social media, this area of First Amendment law is sure to further develop.