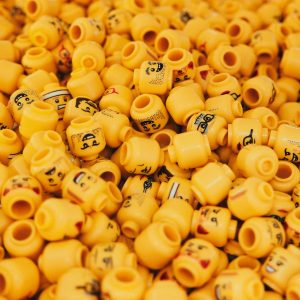 The New York and Florida investigations started after The New York Times accused Devumi of having over 200,000 customers, including “reality TV stars, professional athletes, comedians, models and pornographic actors,” all of whom purchased “a few thousand up to a few million fake followers” to promote their brands online. The Times article prompted Twitter to shut down the Devumi accounts, but Devumi continued across multiple other social media platforms, including YouTube, LinkedIn, Pinterest and SoundCloud.

As part of Devumi’s business practices, the company sold inauthentic social media through bots and “sock puppet” accounts. Sock puppet accounts are held by one person pretending to be several others. The same user is manipulating multiple accounts without the profile owner’s consent or knowledge. Devumi often used real social media profiles as the face of multiple fake accounts. Devumi also sold endorsements from social media influencers without properly disclosing to the public that the influencers had been paid.

The state settlements concluded that Devumi’s business practices deceived customers in two fundamental ways. First, Devumi misled customers by convincing them that certain goods had large public support evidenced by huge online followings. Second, Devumi deceived its own customers who purchased social media followers or engagement, because not all of the buyers knew that they were obtaining fake social media accounts and activity.

The New York and Florida settlements thus sought to ban such conduct. Specifically, the state settlements each imposed $50,000 on Devumi in investigative fees or fines to discourage similar misconduct. The New York settlement also prohibits Devumi from engaging in the same misconduct going forward and requires Devumi to expressly disclose any connections it has to businesses it endorses when it works with real influencers. Florida’s Attorney General issued a press release indicating that the Florida settlement likewise prohibits Devumi from any similar misconduct including:

The restrictions the states are enforcing on Devumi highlight the unlawfulness of fake social media accounts in New York and Florida and that those states will not tolerate such deception. The Devumi settlements also forecast additional trends. For every way technology touches our lives, there is a way to manipulate that technology for profit. Although the law struggles to protect users from deceptive use of rapidly changing technology, the Devumi settlements show that media outlets and law enforcement agencies are trying. The New York Attorney General has even pledged to “stop anyone who sells online deception.” Both Devumi settlements leave open whether it is illegal for users to buy fake social media accounts, but we suspect that issue will be resolved in the next big matter or in additional legislation.