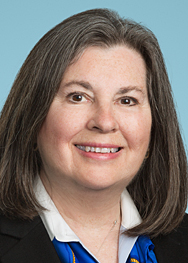 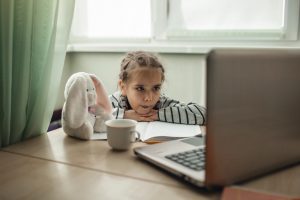 With the shelter-in-place orders imposed by the local and state governments, businesses are scrambling to transition to a virtual workforce and facilitating employees to work remotely from home. Educational institutions are no exception. School administrators and teachers have been working hard to create and implement plans to educate students at home, including maintaining a classroom curriculum through online platforms and incorporating daily or weekly interactions with the teacher and classmates through video chat or remote conferencing services.

END_OF_DOCUMENT_TOKEN_TO_BE_REPLACED

Our colleagues Cathie Meyer and Amy Pierce have published a Client Alert titled California Enacts Mini-GDPR Effective January 1, 2020. Under the new law, covered businesses will need to update policies and procedures for responding to customer inquiries about collection, use, sale and disclosure of customers’ personal information or face stiff enforcement actions. Takeaways from the Client Alert include: 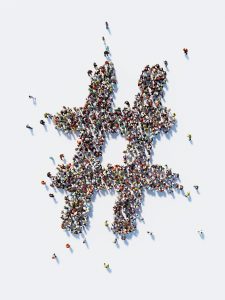 END_OF_DOCUMENT_TOKEN_TO_BE_REPLACED

Colleagues Rafi Azim-Khan, head of Pillsbury’s Data Privacy practice in Europe, and counsel Steven Farmer recently penned a piece providing a EU/UK perspective on lessons learned from the Ashley Madison hack, as well as on how to reduce the risk of cyber attack in an era where such incidents are all-too-common.

Read their article: Reducing the Risk of Cyber Attacks in the Wake of Ashley Madison.

Anyone who reads our blog knows that our posts frequently touch on company policies for users known as Terms of Service, or Terms of Use. Over at the Global Sourcing practice’s SourcingSpeak blog, our colleague Meighan E. O’Reardon recently published Have You Thought About Your Online Terms of Use Recently?, an excellent look at the importance of enforceability in such online policies. Whether you’ve thought about your own online Terms of Use lately or not, it’s worth a read.

In a recent lawsuit, Uber Technologies Inc. is accused of violating California’s Unfair Competition Law. Specifically, the complaint alleges that Uber misleads its users by: (1) falsely advertising its services as cheaper than a typical cab company for specific routes when its services can actually be more expensive during certain peak times, and (2) presenting offers for free ride credits in exchange for referring business without notification prior to the users making the referral that the free ride credits will expire. Although the allegations in the lawsuit do not mention Uber’s terms of service, the facts alleged in the lawsuit highlight the importance of having comprehensive terms of service.

To give a little context, terms of service (also known as “terms of use” or “terms and conditions”) are rules which a user of a service must acknowledge and agree to abide by to use the service. In many instances, a company can successfully obtain early dismissal of a lawsuit by relying on its terms of service. For example, if a lawsuit is brought against a company for misleading users solely on the grounds of allegedly failing to give notice of certain limitations, but those limits are clearly set forth in the company’s terms of service (and do not violate federal or local laws or regulations), the lawsuit may usually be dismissed very early in litigation.

As of the date of the writing of this post, for instance, Starbucks’ terms and conditions for its reward program spell out the expiration period for its “free drink or food item” rewards that are credited to a user’s account after certain requirements are satisfied. Prior to becoming an authorized user of the reward program, the user must agree to the expiration period set forth in Starbucks’ terms and conditions for the rewards.

Uber users similarly must agree to Uber’s terms of service prior to becoming an authorized user of its service. As of the date of the writing of this article, however, Uber’s terms of service do not appear to explicitly describe when and how its rates may change from its advertised rates or when free ride credits will expire. While there may be other ways in which Uber can approach the recent lawsuit, it is likely that early dismissal of the lawsuit based on its terms of service may have been possible had it included the foregoing rate and free ride credit terms.

All in all, it’s just another reminder that the going rate for an ounce of prevention remains a pound of cure.

Even freed from bricks and mortar, online retailers and service providers are realizing that market share is not infinite. A complaint recently filed by Angie’s List Inc. against Amazon Local LLC for its newly launched online home services network can be viewed as the inevitable result of what will happen as internet giants eye each other’s customer bases. Angie’s List Inc. provides consumers with online reviews of home improvement service providers (e.g., handymen, gardeners, electricians, etc.) from other consumers in their area. Although competitors have tried to challenge Angie’s List, the platform has remained the dominant player in the industry. The company largely credits the stable of reliable home service professionals it has built over the past twenty years for its market stability.

END_OF_DOCUMENT_TOKEN_TO_BE_REPLACED

Last Friday, Homejoy—a startup that provided on-demand house cleaners—announced that it will be shutting down at the end of July. In an interview with Re/Code, Homejoy’s CEO attributed its fall to the recent Uber decision, further confirming the belief of many that the Uber decision poses a significant threat to companies in the “sharing economy” that rely on being identified as “technological platforms” that facilitate private transactions between independent service provider partners and consumers to avoid certain laws and regulations. Such identification may, for instance, allow companies to properly classify their service provider partners as independent contractors to mitigate costs of compliance with laws and regulations that govern employer/employee relationships. This article considers a few user-directed features or offerings that could help tip the scale in their favor.