Anyone who has purchased a product online or downloaded software for a computer, tablet or mobile device has likely encountered “browsewrap” and “clickwrap” agreements. Such agreements are the bread and butter of companies that sell or license products or provide services via websites or web applications. Clickwrap agreements require a user to affirmatively click a button to affirm his or her assent to the agreement’s terms, whereas with a browsewrap agreement, the user’s assent to the agreement’s terms is inferred from the user’s use of the website. (Often, the terms of a browsewrap agreement are accessible from a hyperlink placed on one or more webpages of the company’s website.) 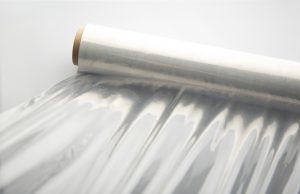 Of the two, clickwrap agreements are often seen as the safer legal alternative, in part because browsewrap agreements do not require the user to take such an affirmative action. In order to understand just how easy it is for a browsewrap agreement to have unforeseen wiggle room, let’s look at a few recent cases that have addressed what exactly constitutes a valid, legally binding and enforceable contract.

Website Design Elements Matter.
In Long v. Provide Commerce, Inc., the plaintiff alleged he had purchased a floral arrangement depicted and advertised as a “completely assembled product” on the ProFlowers.com website. When his purchase turned out to be a “do-it-yourself” kit that required assembly by the recipient, the plaintiff asserted various California statutory claims against the online retailer in a putative class action. The online retailer sought to compel arbitration of the lawsuit, relying upon an arbitration provision contained in the Terms of Use for ProFlowers.com. The plaintiff argued he had never assented to the Terms of Use and was not bound by that browsewrap agreement. 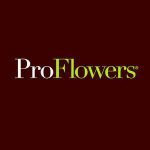 In its analysis, the Court noted that for a browsewrap agreement to be enforceable, the user must know of the terms of the contract. Absent actual knowledge (i.e. cases where the user claims not to have read or known of the terms), the Court framed the issue as whether a “reasonably prudent Internet consumer” would be on inquiry notice of the terms, given the overall website design, including the placement and visibility of the hyperlinks to the terms. As part of the analysis, the Court analyzed whether the hyperlinked terms on the ProFlowers.com were “conspicuously” placed such as to put a user on notice. The Court considered various website design elements present on the website, such as the placement of the hyperlinks on the webpages, their size, proximity to other hyperlinks, and font colors in relation to the webpage background colors, among other things.

Ultimately, the Court concluded that the ProFlowers.com hyperlinks and overall website design failed to provide a user with constructive notice of the terms of use. The Court reached that conclusion even though a hyperlink to the terms appeared several times throughout the company’s “checkout flow” process for purchasing floral arrangements and was also included in a confirmation email subsequently sent to the purchaser. The Court determined that the browsewrap agreement was not valid and the arbitration provision contained in the “Terms of Use” could not be enforced against the purchaser.

Conspicuous Hyperlinks May Not Be Enough.
In 2014, the Ninth Circuit Court of Appeals was also called upon to consider the enforceability of a browsewrap agreement in Nguyen v. Barnes & Noble Inc. The plaintiff purchased two HP Touchpads on Barnes & Noble’s website and received an email confirming the transaction. The next day, the plaintiff received another email informing him his order had been cancelled due to unexpectedly high demand. He subsequently filed a class action against Barnes & Noble alleging that because of its representations and delay in informing him it would not honor the sale, plaintiff was “unable to obtain an HP Tablet during the liquidation period for the discounted price,” and was “forced to rely on substitute tablet technology, which he subsequently purchased … [at] considerable expense.” Like ProFlowers.com, Barnes & Noble moved to compel arbitration in compliance with the arbitration agreement in the website’s Terms of Use. The Terms of Use were available via a hyperlink in the bottom left-hand corner of every page on the Barnes & Noble website, which appears alongside other hyperlinks labeled “NOOK Store Terms,” “Copyright,” and “Privacy Policy.” These hyperlinks also appear underlined and set in green typeface in the lower lefthand corner of every page in the online checkout process. 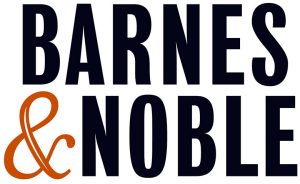 Plaintiff argued he could not be bound because he neither had notice of nor assented to the Terms of Use (not having clicked on the hyperlink or read the terms). Barnes & Noble argued that placing the “Terms of Use” hyperlink on its website was constructive notice of the arbitration agreement and that plaintiff’s subsequent use of the website, with this notice, was enough to bind him to the Terms of Use. The district court refused to compel arbitration and Barnes & Noble appealed.

Barnes & Noble argued that placing the “Terms of Use” hyperlink on every page and in close proximity to the buttons the user clicks to complete an online purchase is enough to place a reasonably prudent user on constructive notice. The Ninth Circuit disagreed, stating that “the proximity or conspicuousness of the hyperlink alone is not enough to give rise to constructive notice, and Barnes & Noble directs us to no case law that supports this proposition.” The court explained that “where a website makes its terms of use available via a conspicuous hyperlink on every page of the website but otherwise provides no notice to users nor prompts them to take any affirmative action to demonstrate assent, even close proximity of the hyperlink to relevant buttons users must click on—without more—is insufficient to give rise to constructive notice.” In concluding the plaintiff had insufficient notice of Barnes & Noble’s Terms of Use, the Ninth Circuit ruled he did not enter into an agreement with Barnes & Noble to arbitrate his claims.

We Repeat: Website Design Elements Matter.
In 2013’s In re Zappos.com, Inc., Customer Data Security Breach Litigation, customers who had their personal information compromised after hackers successfully breached Zappos.com security brought a class action claim for damages resulting from the security breach under state and federal laws. Similar to ProFlowers.com, Zappos.com argued that the customers could not bring a class action suit because the Zappos.com website Terms of Use provided that customers must attend arbitration with Zappos.com and prohibited class action suits.

The U.S. District Court of Nevada, however, found that the Zappos.com’s website Terms of Use, including the arbitration and anti-class action lawsuit clauses, were unenforceable. The Court noted that the Terms of Use constituted a browsewrap agreement, the enforceability of which turned on whether the user had actual or constructive knowledge of the terms. The Zappos.com website had a hyperlink to its Terms of Use on every page of its website, between the middle and bottom of the page, which were visible if a user scrolls down. The Court reasoned that if the Zappos.com homepage was printed, the link would appear on page 3 of 4. The Court also noted there were no distinguishing features of the link as it was the same size font and color as most non-significant links and users were not directed to the Terms of Use when opening an account, logging in or making a purchase. Ultimately, the Court found it could not conclude that the website users ever viewed, let alone assented to the Terms of Use. The Court opined that the basic requirements for a contract, including “acceptance” and a “meeting of the minds” are not altered just because the terms and conditions appear online.

As seen from these cases, whether a browsewrap agreement is valid is a fact-specific inquiry which depends largely on how particular website design elements are implemented on the specific website. However, each of the opinions provide some insight into how those website design elements may be implemented in a manner that may increase the chances that the browsewrap agreement will be deemed enforceable. As the court in the ProFlowers.com case noted, “[o]nline retailers would be well-advised to include a conspicuous textual notice with their terms of use hyperlinks going forward.” As just one example, online retailers might want to consider expressly stating on each webpage (next to the Terms of Use hyperlink) that, by merely using the site the consumer is assenting to the website terms and conditions.

In short, for browsewrap that “clings,” a company must keep the user’s entire interaction with its website in mind.