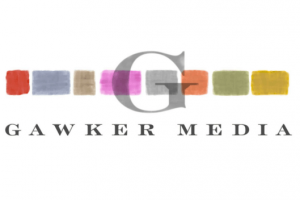 Famed wrestler Hulk Hogan’s $140 million trial verdict against Gawker Media for publishing a tape of him having relations with his best friend’s wife and using racially offensive language, sends a clear message that despite the proliferation of Internet journalism, social media, paparazzi, and the 24 hour news cycle, celebrities are still entitled to privacy in their most intimate moments—at least for now.

Hogan secured the victory in Florida state court. Predictably, Hogan alleged Gawker violated his privacy rights, including a claim for misappropriation of the right of publicity. Gawker reported it anonymously received the tape in 2012 even though it was filmed in 2006. Gawker argued the tape was newsworthy and protected by the First Amendment. The jury disagreed, awarding Hogan $115 million in compensatory damages and another $25 million in punitive damages.

The controversy does not end there. On May 25, 2016, while the Judge in the original case, Judge Pamela Campbell, was considering new trial motions, Silicon Valley Paypal billionaire Peter Thiel acknowledged he helped finance Hogan’s legal fight with an injection of $10 million dollars. The Wall Street Journal reports that Thiel admitted he supported Hogan’s case against Gawker because it was “a gross violation of privacy.” But Silicon Valley rumors swirled that Thiel’s motives were less altruistic and more of a personal vendetta against the site for old stories about him.

The same date, Judge Campbell denied a motion by Gawker requesting a retrial. Judge Campbell also denied a motion to reduce the penalties awarded by a jury. Gawker now intends to take their case to the District Court of Appeals, where Gawker is likely to find a friendlier forum but no less outside controversy.

Given that Judge Campbell is one of the most overturned Judges in Pinellas County (where Hogan’s trial occurred), the District Court of Appeals may look more closely at her cases given this history. Moreover, the damages awarded are extremely high. Hogan received approximately five million dollars more in economic damages than he requested. The jury also awarded $60 million for emotional distress when the highest awarded in Florida for garden variety emotional distress is approximately $100,000. Gawker has also indicated that being forced to pay the damages awarded would be ruinous to a business valued at $83 million. So although Hogan’s $140 million verdict initially struck a significant blow for celebrities to draw boundaries to protect their privacy, the jury’s aggressive verdict amounts likely won’t survive appeal. The principle that not everything is fair game for celebrities’ media exploitation should.

Regardless of how sensational and salacious the details, how absurd the monetary award given, or how inevitable it may appear that the verdict will be overturned on appeal, cases like Bollea v. Gawker possess a precedential value that cannot be ignored.

Beyond that precedent lies an additional, $140 million cautionary tale—social media outlets should be wary of celebrities’ privacy rights in any decision to publish unsavory, arguably private details. The freedom of the press does have its limits.