Most companies have employment policies, various website compliance policies and other audit and compliance practices to mitigate risk. Many companies have not yet integrated social media into those policies. Of those that have made some attempt to do so, most have ineffectively or incompletely done so. In fact, a Wall Street Journal report indicates that in a recent Protiviti survey of internal audit professionals, more than half do not assess social media risk and of the ones that do 80% admit to less than fully effective capabilities.

In a climate where regualtory actions are increasing, you can not read the daily tech/legal news without seeing another enforcement action for social media violations. Record fines are being levied. Dont be the next target. There is no time like now to mitigate your risk.

We have previously written about some of the reasons that companies need to conduct legal audits of social media risks and develop effective policies to do so. Pillsbury’s Social Media team has a cost-effective approach to doing so.

Thank you to everyone who joined us in both New York and Washington, DC for our Social Media Week events – Game On!

Special thank you to all of our panelists: Randy Leibowitz, Mike Scafidi, Tim Ettus, Lou Kerner, Peter Corbett, Jim Gatto, Sean Kane, Lauren Lynch Flick and Tina Kearns (many featured in the picture and video below). 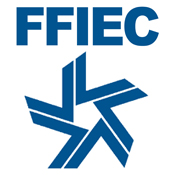 The Federal Financial Institutions Examination Council (FFIEC) has released proposed guidance on the applicability of consumer protection and compliance laws, regulations, and policies to activities conducted via social media by banks, savings associations, and credit unions, as well as nonbank entities supervised by the Consumer Financial Protection Bureau and state regulators. In a press release announcing the guidelines, the FFIEC stated: “The FFIEC expects financial institutions to take steps to manage potential risks associated with social media, as they would with any new process or product channel.”

Click here for a full copy of the guidelines.

PhoneDog LLC filed a lawsuit last July against a now former employee,
Noah Kravitz. PhoneDog, which reviews mobile devices, including phones and tablets, is claiming ownership of Kravitz’s Twitter followers. They claim he owes them $340,000 based on an assumed value of $2.50 per follower per month.

The dispute arose when Kravitz resigned and allegedly changed his Twitter name from PhoneDog_Noah to noahkravitz, to keep the 17,000 followers that he built up since 2006 when he started with the company. The company is alleging that the followers should be treated like a customer list, and therefore PhoneDog’s property. The fact that Mr. Kravitz used the company name in his Twitter handle likely will not help him. However, the company probably could have done more to ensure that they owned the account and followers.The outcome of this case will likely be based on the specific facts here.

But regardless of the outcome, companies should take away a very important lesson from this case. The lesson is that it is critical to address employee social media issues. Lawsuits and their costs and uncertain outcomes can be avoided by having well thought out and clear policies and agreements with employees who use social media in connection with company activities. Don’t wait until an issue like this is upon you to focus on a social media policy.

Companies that do not have a social media policy need to fix that as soon as possible. Those that have cobbled one together but without expert advice, need to have the policies reviewed to plug the holes. In short, all companies using social media would benefit from spending a little time having their social media policies and agreements reviewed by an attorney who spends time everyday on social media issues.