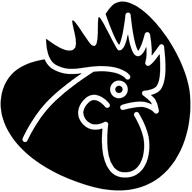 A recent appellate decision (US v. Lawson) helps clarify what constitutes illegal gambling, as opposed to legitimate pay, to enter contests. While the case arose out of an illegal cockfighting operation, the decision should help provide some measure of clarity for the wave of companies leveraging the gamblification trend. Two of the key takeaways are as follows: 1. it doesn’t matter whether someone knows their actions constitute illegal gambling and 2. payment of a monetary prize is considered a bet or wager if the amount to be awarded is dependent on and funded by fees paid by other contestants or entrants in the event. Note however, this case interpreted South Carolina law and that the law in other states may be different.

To further explain, the court rejected the defendants arguments that they didn’t know that their actions constituted illegal gambling. The court held that the plain language of 18 U.S.C. § 1955 does not require that a defendant know that their conduct constitutes illegal gambling under state law, adding that Section 1955 is a general intent crime, which does not require the government to establish that the defendants knew that their conduct violated state law.

On the issue of  what constitutes a bet or wager, the court held, for purposes of South Carolina law, a monetary amount awarded to the winner of a contest is not a bet or wager if it is a set amount funded by the sponsor of the event and not dependent on the number of entrants or amounts those entrants have paid to participate in the event. Conversely, payment of a monetary prize is considered a bet or wager if the amount to be awarded is dependent on and funded by fees paid by other contestants or entrants in the event.

The defendants argued that the district court erred in instructing the jury that the South Carolina gambling statute, S.C. Code § 16-19-130, is violated when a person pays an entry fee to enter a contest of skill and the winnings depend on the number of entries.

Section 16-19-130 of the South Carolina Code makes it illegal to record or register bets or wagers, with or without writing, upon the result of any trial or contest of skill, speed or power of endurance of man or beast, or aid, assist or abet in any manner in the aforesaid acts.

The defendant  argued that the district court misconstrued the statute. She contended that it is a “distinction without a difference” to determine whether an activity constitutes gambling based on the source of the prize money, and whether that prize money is dependent on the number of entrants and the fee that they have paid. The court disagreed.

The court stated that it could not locate, nor did the parties direct it to, any South Carolina cases elaborating on the definitions of “bet” or “wager,” as those terms are used in S.C. Code § 16-19-130. However, the government relied on a 2003 opinion letter issued by the Office of the South Carolina Attorney General. In that letter, the Attorney General stated that “mere participation in [a] game of skill where a contestant is required to pay an entrance fee, such fee does not specifically make up the purse or premium contested for, and the sponsor of such event is not a participant for a prize, does not constitute a violation of statutes similar to § 16-19-130.” Letter from Robert D. Cook, Ass’t Dep. Att’y Gen., to The Honorable Glenn F. McConnell, President Pro Tempore, South Carolina Senate (Aug. 29, 2003), available at 2003 WL 22050876, at *2. The letter opinion later stated that when “participants pay an entry fee” to enter an event, “but the entry fee does not determine or make up the prize, purse or premium,” the event would likely be held by a court not to violate S.C. Code § 16-19-130. Id. at *4.

In the absence of any South Carolina law to the contrary, the court found persuasive the South Carolina Attorney General’s interpretation of this South Carolina law, noting that that interpretation is supported by the view of the highest court of Nevada, a state with a particular interest in, and familiarity with, gambling. The court noted that the  Supreme Court of Nevada has held that an event involves a wager if the prize or premium is not a fixed amount but rather, as is the case here, depends upon the number of entrants. Las Vegas Hacienda, Inc. v. Gibson, 359 P.2d 85, 86 (Nev. 1961) (“A prize or premium differs from a wager in that in the former, the person offering the same has no chance of gaining back the thing offered, but, if he abides by his offer, he must lose; whereas in the latter, each party interested therein has a chance of gain and takes a risk of loss.”); cf. id. at 87 (“The fact that each contestant is required to pay an entrance where the entrance fee does not specifically make up the purse or premium contested for does not convert the contest into a wager.”); see also Nevada v. GNLV Corp., 834 P.2d 411, 412-13 (Nev. 1992) (citing Las Vegas Hacienda for proposition that “[a] prize differs from a wager in that the person offering the prize must permanently relinquish the prize upon performance of a specified act[, but] [i]n a wager, each party has a chance of gain and takes a risk of loss”)

Based on these distinctions, the court concluded that the district court did not err its instructions to the jury concerning the elements of S.C. Code § 16-19-130 and  affirmed the defendants convictions for violating the illegal gambling statute, 18 U.S.C. § 1955.

As companies continue to leverage contests and other such activities in social games and other social media applications, it is critical to understand where the line is between illegal gambling and permissible contests.  Unfortunately, as was the case with South Carolina, in many states there are little if any cases interpreting the statutory language. Additionally, the law may vary from state to state. Pillsbury’s social media team has collected and reviewed the various state laws and is preparing a white paper on legal issues in this area.