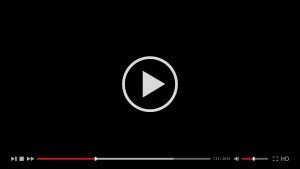 On November 24, 2020, Dave Chappelle posted his “Unforgiven” stand-up set to Instagram and publicly called out Viacom and Comedy Central over the streaming rights and revenues from his early-2000s hit, Chappelle’s Show. As we previously explained, rather than litigating what seemed to be Viacom-friendly contract language, Chappelle was taking the issue to “his real boss”—his fans—by calling for a boycott of the show on two major streaming platforms: Netflix and HBO Max. By the end of 2020, both platforms had taken the show down. Chappelle hoped to use the boycott as leverage to renegotiate a better deal.

Just yesterday, after a mere seven Mooches in exile, Chappelle emerged triumphant and posted another stand-up set to Instagram, this time called “Redemption Song.” In it, Chappelle explained his successful gambit. “I never asked Comedy Central for anything. If you remember, I said, ‘I’m going to my real boss,’ and I came to you. … I asked you to stop watching the show and … you did. You made that show worthless. Because without your eyes, it’s nothing. And when you stopped watching they called me. And I got my name back. And I got my license back. And I got my show back. And they paid me millions of dollars. Thank you very much.” And then, after a montage of Chappelle’s Show clips set to Barbara Streisand’s “Happy Days Are Here Again,” Chappelle delivered an early Valentine by announcing the return of Chappelle’s Show to Netflix starting today, February 12. Fire up those smart TVs, fam!

As we said before, the relative bargaining power of Chappelle and Viacom is different today than it was when he first signed with Comedy Central almost 20 years ago. Put simply, Chappelle is more popular now. But the power of the story is in the telling, and Chappelle’s words carry more weight.

The first half of “Redemption Song” sets the table in Chappelle’s classic narrative style, weaving a thread through his recent COVID diagnosis and recovery, the impact of Edward Snowden’s actions, police militarization after Ferguson, and ending at the January 6 insurrection at the Capitol. He pauses on the Capitol steps to contrast the tactics of the insurrectionists with the attempts of the Black community to overcome the long history of racism they have faced in the United States. “Did we storm the Capitol and rub our [feces] on the walls? Well, of course not. If that would’ve worked, we would’ve tried it.” He then delivers the heart of the set and the secret to his success. “I know how to solve my problems. You need to know how to solve your problems. You need to know where your power lies.”

Chappelle acknowledges that his power lies in his fans—his “real boss.” Indeed, Chappelle aimed the power of that crowd at Viacom to drive them to the bargaining table. It worked for him. Whether it would work for another artist is hard to say. After all, the crowd, supercharged by the internet, is powerful but unpredictable. The Capitol insurrection is a sobering example of that unpredictable power. The meteoric rise of joke-cryptocurrency Dogecoin after Elon Musk tweeted about it is a much lighter study in hard-to-anticipate crowd-driven behavior.

There’s symmetry to the internet giving rise to the video streaming central to Chappelle’s problem while also providing him the means to “solve his problem.” But since the internet giveth and taketh away, maybe it’s enough for now that Chappelle’s Show is back online just in time for the long weekend. Now, anyone for pancakes?