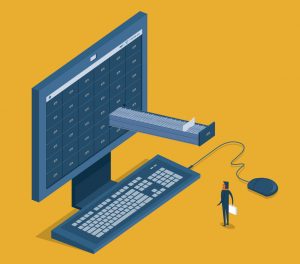 If there’s a golden rule for the online age we live in, it’s “Always assume anything you post online will be visible to all.” Just like the original Golden Rule, it’s a maxim ignored often enough to bear repeating and frequent illustration. With that in mind, let’s check in on recent developments regarding social media revealing details its users would rather conceal—bankruptcy edition.

First, repeat after me—when you file for bankruptcy, social media accounts matter! We’ve previously covered the 50 Cent bankruptcy, where we learned that trustees will use every single tool at their disposal to uncover hidden assets.

It’s a common scenario: a debtor posts pictures of assets that he or she did not initially disclose. (Debtors are required to disclose their assets in their bankruptcy petitions. When a debtor neglects to do so, this constitutes perjury.) The bankruptcy trustee searches for hidden assets, using debtors’ social media accounts as one way of determining whether the debtor has truthfully disclosed his or her assets. For example, if your schedules (the documents in which the debtor lays out his or her financial information) fail to mention that you own a Mercedes, there will be red flags when it shows up on your Instagram.

In 2012, debtor Melanie P. Mangum neglected to include property that she owned in South Carolina in her schedules. The trustee viewed her Facebook page, where Ms. Mangum posted that she loves spending time at her beach house. From there, the trustee found the deed of property for the beach home. Judge Rich Leonard authorized sanctions against Ms. Mangum in the amount of $2,500, and barred her from filing for bankruptcy for ten years.

Lying about your assets can be harmful, even if the lie took place before you ever stepped into court. In December of last year, Judge Suzanne H. Bauknight ruled that one of debtor Khalid Yahia Ibrahim’s debts was not exempted from discharge because the debt was obtained by false pretenses. Ibrahim orchestrated a scheme to convince creditors to invest money in his failing hookah business. A creditor invested $28,000 in Ibrahim’s business. He told the creditor that he would use the funds to install a kitchen in the hookah lounge, and that the creditor would receive profits from the kitchen. Instead, the Ibrahim used the money for his own personal spending. He posted on social media that he was looking for a new car, that he had $6,000 in hand for a night of partying, etc. As a result of the false representations, the debt was not discharged. The creditor was entitled to $28,000 of actual damages and an award of $56,000 of punitive damages.

A second common scenario involves the debtor that neglects to disclose sources of income. In bankruptcy, debtors are required to disclose not only their assets, but their sources of income. Even “side gigs” must be disclosed. In 2015 Judge Thomas P. Agresti had been watching television and, as he flipped through, he saw a familiar face on the television show Dance Moms—it was Abby Lee Miller, a debtor in one of his cases. As it turns out, Ms. Miller had failed to disclose the income (which amounted to more than a quarter million dollars) that she received from the TV show to the court. Ms. Miller has since been serving time in prison after pleading guilty to bankruptcy fraud.

The lesson here is that every piece of income counts. Your Facebook profile may be used to prove that you bake pies and sell them at the local farmers market, even if your petition does not disclose this information, and you will suffer the consequences. It doesn’t matter that it’s not your main gig—you must still disclose supplemental sources of income.

Finally, even if you truthfully disclose all of your assets, as a debtor you still are subjected to restricted spending. While you are trying to avail yourself of the protections of the bankruptcy court, you should spend carefully. In an April 2017 case, debtor David L. Dini continued to live a lavish lifestyle, even after filing for bankruptcy protections. He purchased and leased two new luxury cars, paid for his adult children’s expenses, and took the family on a trip to Cancun. The creditor did not immediately move to dismiss the case, and because of this delay the debtor had an available defense. However, the judge alluded to the fact that, had the creditor acted accordingly, the case would have been dismissed “for cause.”

Remember, your online profiles are a tell-all novel, and social media is being used more and more as a discovery tool. If you are hiding assets, the trustee will often not have to read too deeply to find out what you have done.