Kickflip, which does business under the name Gambit, sued Facebook for allegedly monopolizing the “virtual currency” market used in online games by requiring game publishers to use Facebook credits. It is also alleges tortious interference with Gambit’s contracts and prospective business opportunities. 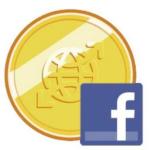 ·         That Gambit was a leading virtual-currency and payment-processing provider to software developers that published games on Facebook and other social networks.

·         In 2009, Facebook began offering its own virtual-currency services to compete with Gambit and its rivals and charged a 30% fee which was significantly more than the market rate (e.g., the 10% charged by Gambit), yet provided only a narrow range of services.

·         Facebook exploited its dominance in the separate market for social-game networks to force its virtual-currency competitors to the sidelines.

·         Facebook blacklisted Gambit under the false pretext of maintaining the integrity of its social network, prohibited social-game developers from accessing Facebook’s social-game network unless they agreed to only use Facebook’s virtual-currency services and forced developers to switch to its services exclusively in 2009 and 2010, thereby systematically excluding alternative virtual-currency services providers like Gambit.

·         Consequently, Facebook leveraged its dominance in the social-game marketplace to control and dominate the separate market for virtual-currency services.

·         As the result of Facebook’s actions, Gambit’s business was destroyed.

The complaint is chock full of other interesting allegations about how Facebook allegedly choreographed a perceived need for a “safe” virtual currency in the aftermath of the infamous “Scamville” incident  and made Gambit a fall guy in the process.

Among other things, Kickflip seeks an injunction barring Facebook from enforcing its policies as a condition for access to its social-game network.