The US Attorneys for the SDNY and the FBI unsealed an indictment against the three largest online poker sites on
Friday, alleging an elaborate scheme to circumvent the federal law prohibiting certain gambling related activities (UIGEA).

The Indictment and Civil Complaint seek at least $3 billion in civil money laundering penalties and forfeiture from the Poker Companies and the defendants. The District Court issued an order restraining approximately 76 bank accounts in 14 countries containing the proceeds of the charged offenses. Pursuant to a warrant for arrest in rem issued by the U.S. District Court, the United States also seized five Internet domain names used by the Poker Companies to operate their illegal online businesses in the United States.

When one tries to access the seized domains, here is what they now see: 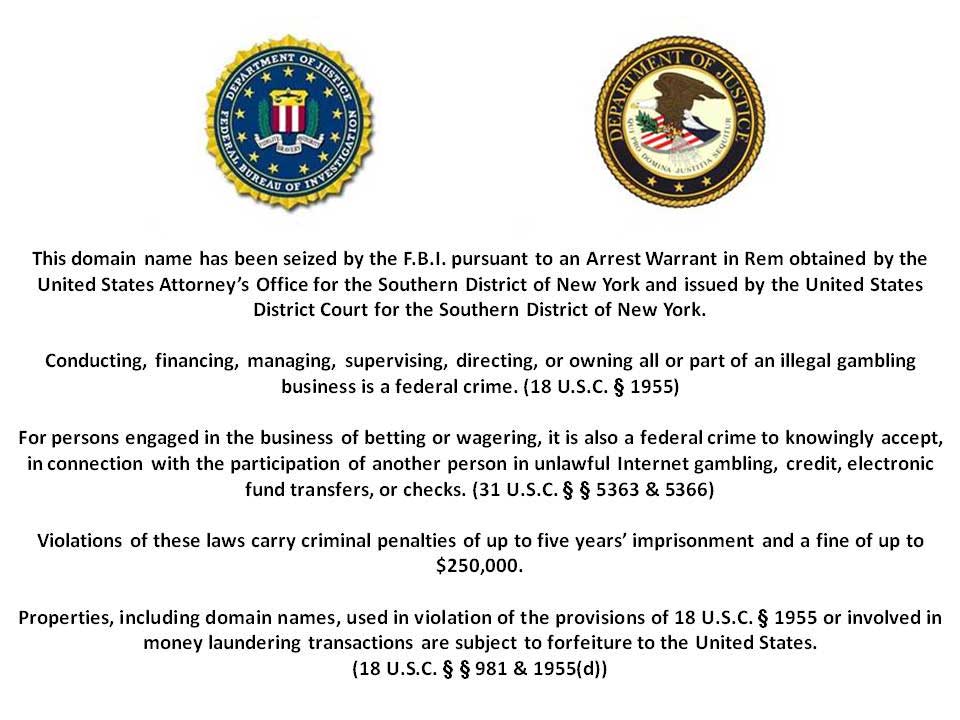