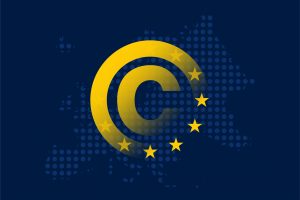 Do you like getting your news online, sharing videos or tweeting memes? A little piece of legislation known as The European Union Directive on Copyright in the Digital Single Market may signal the end of some of the internet’s simple pleasures. On September 13, the European Parliament approved new legislation that would overhaul the region’s approach to copyright law. As with the EU’s privacy regulations, the legislation could have an impact far beyond Europe, redrawing the lines of liability that exist between poster, publisher and platforms. Not surprisingly, technology companies and publishers like Google, Amazon, and Wikipedia strongly opposed the legislative changes.

Background
Most of the widespread criticism of the legislation centers around two provisions: Article 13 and Article 11.

Issues with the Legislation
Opponents of Article 13 contend the legislation will force website operators to use “upload filters” to stop users from uploading any type of copyrighted work because making platform publishers responsible for policing all uploaded content constitutes a de facto requirement for filters.

Even the gold standard of upload filters—YouTube’s Content 10 (with its 60 million price tag)—is not a perfect system. Like all filters, Content 10 yields false positives. The software has wrongly tagged unprotected works and rejected them for posting. YouTube has also improperly removed user’s videos. It’s also worth noting that it has become more common for companies or individuals to employ copyright takedown notices to silence their critics.

Critics worry that the legislation will limit sharing online because businesses may find adopting filters prohibitively expensive to develop and instead opt to close down. When other European countries adopted similar laws, they have had devastating impacts. In Germany, Google stopped including snippets of text from publishers trying to enforce the relevant law. As a result, the German publishers lost traffic to their sites. In response to a similar law in Spain, Google shuttered its news division. If the EU’s proposal becomes final, Google could close its news division altogether.

Nevertheless, proponents of the law contend that the law prevents behemoth tech companies from profiting from ads appearing next to infringing material. Proponents contend the legislation is required to protect artists whose work is pirated online, as well as newspapers and journalists at risk of their business models being undermined by the titans of social media.

Impact
European governments have traditionally been tough on businesses viewed to infringe their citizens’ rights—Europe lacks the tradition of personal freedom so conspicuous in American jurisprudence. Consider, for example, the EU’s sweeping privacy rules and the “right to be forgotten” and the multi-billion dollar antitrust fines and tax bills levied by the EU on technology companies. Likewise, Germany passed a law ordering social media companies to delete hate speech within 24 hours of it being published.

For now, there is ample gray area when it comes to just how exactly this legislation’s finer points will be enforced. Will this effort to get the profits of copyrighted material into the pockets of the artists and creators  achieve its aim or, no matter how well meaning,  trigger a host of unintended consequences? For the individual online curator or black belt meme-deployer, there’s little to be done beyond the wait and see. (Use those memes while you’ve got them!)

It looks increasingly clear that this latest directive will have far-reaching ramifications for tech giants, mid-sized publishers, small businesses and individuals alike. As a result, everyone with a stake in online content—creators, consumers and all the middle men in between—has good reason to take note and adjust strategies (and perhaps resource allocation) accordingly.