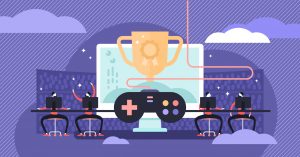 This latest news roundup is just another reminder that, as anchored in technology as esports may be, it ultimately involves many of the same issues faced by more established industries. Whether in regard to funding, corporate and franchising structures, employment contracts, real estate investment, cybersecurity concerns, or the challenge of embedding brand awareness deeper into the public consciousness, the business of esports is just that—business.