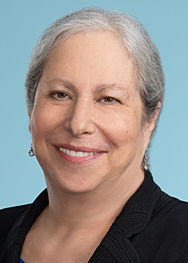 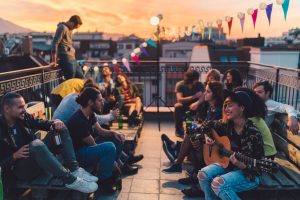 Your company wants to use a picture taken outside of your office at an event you are hosting or sponsoring. Perhaps the image shows someone wearing your clothing or other product or using something showing your brand. Possibly you participated in a parade and want some images showing your company’s float or views from the float along the parade route. Maybe the image shows the outside of your building or the immediately surrounding area. You may have hired a photographer to take the pictures, they may have been taken by an employee, or someone may have found them on a third-party website or social media posts. The pictures may depict people who were on the street or present at the event, and they may include images of one or more buildings or local landmarks.

You want to use the pictures for your website or social media, in advertising and promotions, in your brochure, on packaging, in training materials, on postcards, in your lobby or offices, or in any other way in connection with your business.

Can you use one or more of these pictures? Are there legal risks and, if so, what are they?

This is an area fraught with potential legal pitfalls and competing legal rights. Myriad legal issues are raised by these scenarios, each complex. Moreover, the consequences of getting it wrong can be costly. What are the key legal issues and how can they be addressed?

Identifying Potential Copyright and Trademark Issues
Who owns the copyrights in the pictures? Under the U.S. Copyright Act, the copyrights in a photograph are initially owned by the person who takes the shot unless it was a “work made for hire” under the Act. The company will own the copyrights: (1) if the picture was taken by an employee in the “course and scope” of their job, as part of their job responsibilities, or at the company’s behest; (2) if you hired a photographer and there is a proper, signed work-for-hire agreement; or (3) if the copyright owner assigned the rights to the company. If your company does not own the photographs, then you need permission from the copyright owner to use them, unless they are in the public domain or the use would be “fair use” under copyright law. Under the copyright law, “public domain” has a specific meaning; it does not simply mean “publicly available.”

Did the pictures capture someone else’s creative work? Copyright issues can also be raised if any copyrighted works owned by third parties are depicted in an image. A building’s design can be protected by copyrights, for example, or a picture may depict another copyrighted work—such as a painting, sculpture, poster, quilt, costume, stage set, float design, garden design, or even a tattoo. Unauthorized use of one or more copyrighted photographs, or of a photograph that depicts a copyrighted work owned by a third party, would likely be copyright infringement and could lead to significant damages.

Are any trademarks infringed? A trademark is any image, word or “device” that is used in commerce in connection with goods or services. This includes obvious brands, such as a word mark or logo, but the image of a building can also be a trademark. If a picture includes an image of a third-party’s trademark (such as a logo on clothing, on a float, on a billboard, in a store window, on a product, or of a trademarked building), your company’s use of that image could create an impression that you are affiliated with or endorse the products of the other company. The risks are exacerbated if the other company is a competitor or if their brand has national fame. This can create a “likelihood of confusion” with the other company’s brand, which could be trademark infringement under both state and federal law.

Depictions of People—Privacy and Right of Publicity Issues
Generally speaking, if a photograph is taken from a public place such as street or a park, one can photograph people without their consent, even if they are recognizable in the image. But that does not necessarily mean that the photograph can be used by your company without consent.

The right to privacy is an important legal right. Privacy is defined as “the state or condition of being free from being observed or disturbed by other people.” But the right to privacy does not apply unless that person has “a reasonable expectation of privacy,” and there is no expectation of privacy when a person is in a public place or somewhere a person can be seen by others from a public place. But seemingly “public” spaces may not be public property—places such as shopping malls, theaters, amusement parks, airplanes, trains, building lobbies and hotels, for example, are private.

If a recognizable person is photographed in a place where they have a reasonable expectation of privacy and you use that image, such use could well be an invasion of privacy leading to potentially significant damages. That is particularly true if the person depicted is a celebrity or if there are specific state laws in play, such as anti-paparazzi laws or laws prohibiting use of images of a minor without their parent’s express consent.

The right of publicity protects people from commercial use, without their permission, of their name, image, likeness, voice and other elements of their persona. The right of publicity is protected under state law, and the laws vary from state to state. Some states only protect celebrities while others protect everyone. Some states protect people’s publicity rights for some period after their death while others do not protect posthumous rights. Determining which state’s law applies and what that law protects can be complicated and challenging—and making a mistake can give rise to significant damages and other remedies.

When it comes to the right of publicity, “commercial use” does not mean that you are selling the image. Instead, it includes any use that directly or indirectly promotes or advertises a product or company, or any other use that is in furtherance of a for-profit business. This includes, for example, use on your company’s social media and websites as well as more obvious uses in advertising, promotions and on products.

To avoid risk of right of privacy and right of publicity claims, it is best to use a well-crafted form of release and to have it signed by recognizable people depicted. If minors are in the shot, the release should be signed their parent or legal guardian and by the child if old enough to understand the situation and to sign their name.

But Wait, There’s More—Other Relevant Laws and Issues
There are a host of other laws, rules and regulations that could affect the ability to take and use photographs. There may be relevant health and safety laws, national security protections, or personal protections. Military bases, crime scenes, energy installations, courthouses, public hospitals, museums, and airports may prohibit photography or impose significant restrictions. Other private places that are open to the public often have restrictions imposed by their owners, that must be complied with when you are on their premises. High-traffic areas, public parks and historic sites may have relevant policies and restrictions. There can be laws that prohibit taking and sharing images of specific structures and buildings.

There are significant issues and considerable risks from taking and using photographs in your business. It helps considerably to have a review process for all images you want to use, an excellent form of release when people are depicted, and to consult with knowledgeable counsel before using them.

Face Value: An Allegedly Co-Opted Photograph Turns into a $2.2 Billion Headache for Chipotle