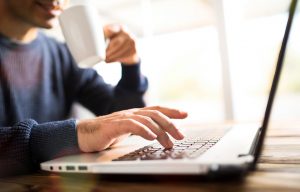 In 2015, a Chipotle employee James Kennedy tweeted “nothing is free, only cheap #labor. Crew members only make $8.50hr how much is that steak bowl really?” in response to a customer’s tweet “[f]ree chipotle is the best thanks.” In another instance, he tweeted “[s]now day for ‘top performers’ Chris Arnold?” when the hourly workers were made to work on snow days. In yet another tweet, referring to the fact that Chipotle charges for guacamole, he tweeted “it’s extra not like #Qdoba, enjoy the extra $2.” Chipotle asked Kennedy to delete the tweets because they violated the company’s social media policy. Chipotle’s social media policy provided that employees could not make disparaging remarks about the company. The NLRB again sided with the employee and found that the company’s social media policy violated the employee’s NLRA protection.

Partly Cloudy with a Chance of Tantrums
However, in one case, the NLRB found that an employer did not violate the NLRA for terminating an employee based on the employee’s posting on Glassdoor.com. Adrian Scott Duane, a transgender worker was discharged by IXL Learning Inc. (IXL) for his Glassdoor.com comment stating that “[m]ost management do not know what the word ‘discrimination’ means,” and that “if you’re not a family-oriented white or Asian straight or mainstream gay person with 1.7 kids who really like[s] softball – then you’re likely to find yourself on the outside.”

Duane joined the company in June 2013. In January 2014, Duane sought and obtained permission from his supervisor to work outside the office and with “irregular hours.” He then obtained a leave of absence from October 2014 to December 2014 to undergo and recover from a phalloplasty surgery, a female to male reassignment procedure. Upon return, he got into a conflict with his supervisor over the ability to work flexible hours, and posted the above anonymous review on the Glassdoor website. IXL then terminated Duane, saying the post showed his poor judgment and ethical values.

Duane filed a suit claiming that IXL discriminated against him on the basis of his disability. He also claimed discrimination by his colleagues and management for his transgender identity on multiple occasions. In April 2016, an Administrative Law Judge held that IXL did not engage in unfair labor practices because Duane’s “tantrum” amounts to a “childish ridicule” or “gripe.” Importantly, his “mistaken and unreasonable” concerns about discrimination were “purely personal in nature” and not a “concerted activity undertaken for mutual aid or protection.” Moreover, the Judge made repeated note of the fact that unlike social media postings on “Facebook, Twitter, or Instagram,” where a post initiates a group discussion, here, Duane’s anonymous one-way posting did not allow for any further discussion. Instead, Glassdoor.com is a website used by employers as a key recruiting tool to recruit prospective employees. Consequently, the Judge dismissed Duane’s NLRB suit. Duane then filed a civil suit in the local District Court alleging civil rights and FMLA violations.

Enter the EEOC
The U.S. Equal Employment Opportunity Commission’s (EEOC) trial attorney Ami Sanghvi expects to see an “uptick in these cases” because the way “employees communicate internally and externally” is changing. So, how are courts dealing with these cases?

This involves a balancing of legitimate interests of the employer against the NLRA protections. In general, an employer may not prohibit employee postings that are merely false or misleading. Rather, in order to lose the NLRA protection, it must be shown that the statements were made with “malicious” motive, i.e., “statements were made with knowledge of their falsity or with reckless disregard for the truth or falsity.” Similarly broad prohibition against disclosing confidential information is not permitted if the term confidential is vaguely defined, and could be construed by employees as restricting their NLRA rights. However, a prohibition against harassing or discriminatory statements is not treated as a violation of the NLRA, unless the statement was in relation to a union-related activity, in which case the employee may still be protected depending upon the “totality of the circumstances.”

The Nine-Factor Test
Traditionally, the starting point for evaluating the protection for “opprobrious” conduct under the NLRA has been the four-factor test established by the NLRB in Atlantic Steel. That test considers “(1) the place of the discussion; (2) the subject matter of the discussion; (3) the nature of the employee’s outburst; and (4) whether the outburst was, in any way, provoked by an employer’s unfair labor practice.”

However, courts found this test not suitable to address issues involving employees’ off-duty, offsite use of social media to communicate with other employees or with third parties. To deal with such situations, the NLRB has developed a nine-factor “totality of the circumstances” test for social media cases. The test considers the following factors:

Courts have not yet ruled on the validity of the nine-factor test, but the government seems to be in favor of providing more protection to employees in relation to their online posts. The General Counsel’s Office guidance for evaluating an employee’s use of social media which resulted in the “totality of the circumstances” test is employee-friendly, and limits the ability of employers to issue rules regarding the use of social media. Moreover, the EEOC took up Duane’s issue and filed suit against IXL, claiming Title VII, Title I and Americans with Disabilities (ADA) violations.

According to Sanghvi, pursuing Duane’s case is meant to “send a strong message that we will protect workers that engage in activities, not just through traditional avenues,” because “while the platforms for employees to speak out against discrimination are evolving with technology, the laws against retaliation remain constant. If an employee reasonably believes that illegal discrimination occurred, the EEOC will vigorously defend that worker’s right to raise the issue, whether they do so by filing a charge with our agency, notifying company management or posting in a public arena such as Glassdoor.com.”

It remains to be seenhow the District Court will rule on Duane’s suit.. It also remains to be seen how the courts will rule on the validity of the nine-factor test. But for now, an employee is protected under the NLRA if the post is in relation to a union-related activity on a social media platform where there is an actual discussion of the topic for the mutual aid or protection of employees. In addition to the NLRB, as the EEOC’s recent suit demonstrates, employees may also find protection for their otherwise offensive postings under federal and state anti-discrimination and other laws

The trend of these cases suggests that the law clearly favors the protection of employee speech, even highly inflammatory speech, and employers should tread carefully when crafting or reviewing their existing social media policies to consider these issues.