We have written previously about the role of traditional discovery roles in “newer” platforms, and how social media content can be discoverable and used in litigation. What about using information from social media in jury selection? U.S. District Court Judge William Alsup says no.

In the copyright fight between Oracle Corp. and Google Inc. over Android, Judge Alsup is considering a ban on Internet research on jurors prior to verdict. The judge refused to allow the parties’ proposed jury questionnaire, suspecting that the questionnaire would be simply used to gather names of prospective jurors so they could conduct Internet investigations. He is giving both parties the opportunity to brief the issue and present their positions. While Google’s attorneys have expressed a willingness to not use digital research in voir dire so long as the ban would apply to both sides, Oracle’s attorneys believe they should be able to use publicly available sources of information to reveal any relevant biases. It was noted that the ABA and the U.S. District Court for Idaho allow social media research so long as the searches avoid triggering communications to the jurors. 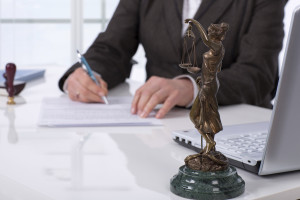 A jury found in May 2012 that Google did not infringe on Oracle’s patents, and Judge Alsup ruled that the structure of the Java APIs used by Google was not copyrightable. Subsequently, on May 9, 2014, the Federal Circuit partially reversed the district court ruling, ruling in Oracle’s favor on the copyrightability issue, and remanding the question of fair use back to the district court. The case is now set for retrial in May. A petition for certiorari was denied by the U.S. Supreme Court.

This is not the first time Judge Alsup has raised concerns about use of the Internet in the matter. After the first trial, he issued an order to investigate whether the parties or their attorneys had retained or paid “authors, journalists, commentators or bloggers who have and/or may publish comments on the issues in [the] case.” The order required each side to “[f]ile a statement … identifying all authors, journalists, commentators or bloggers who have reported or commented on any issues in the case and who have received money (other than normal subscription fees) from the party or its counsel during the pendency of [the] action.”

Use of the Internet and social media by attorneys during jury selection has become commonplace. In some cases, the attorneys may be conducting the online research while in the courtroom simultaneously with voir dire. In a medical malpractice suit against a doctor in New Jersey Superior Court, the plaintiff’s attorney used his laptop in the courtroom to research jurors online. Superior Court Judge David Rand was not happy with this conduct. In the transcript, Judge Rand asks the attorney whether he is “Googling these (prospective jurors)” and the attorney replied that “there’s no code law that says I’m not allowed to do that.” The judge banned the attorney from continuing with the online research because the defense attorneys had not brought their laptops to court and it would give the plaintiff’s attorney an unfair advantage. A defense verdict ultimately resulted and was upheld by the state appellate court. The appellate judges did hold, however, that the trial judge improperly prohibited the online research and sagely noted that “[t]he ‘playing field’ was, in fact, already ‘level,’ because Internet access was open to both counsel—even if only one of them chose to utilize it.”

Even as online vetting of jurors increases, the rules and boundaries of the practice remain unclear across the different jurisdictions. At least two states, Missouri and New Jersey, have stated that the practice is acceptable with limitations. In Johnson v. McCullough, the Supreme Court of Missouri appeared to establish the need for Internet research during voir dire as a standard of professional care. That court noted in dicta that “[w]ith the relative present day ease of procuring the venire member’s prior litigation experiences, via Case.net, ‘[w]e encourage counsel to make such challenges before submission of a case whenever practicable.’” Thus, attorneys will need to determine what the jurisdiction and particular judge’s view of Internet research of jurors is well in advance of engaging in jury selection.