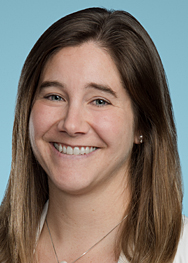 Last month, in KNF&T v. Muller (October 2013), the Massachusetts Superior Court found that a LinkedIn update regarding an employee’s new job was not a solicitation of business in violation of her non-competition agreement, which also prohibited solicitation.  In that case, the court denied the former employer’s request for a preliminary injunction finding that the former employee’s LinkedIn update notifying more than 500 contacts about her new job, including contacts she established during her nearly 8 years with her former employer, was not a an impermissible solicitation.  This was despite the fact that the First Circuit recently held in Corporate Technologies, Inc. v. Harnett (August 2013), that an email blast to former clients announcing an employee’s new position constituted solicitation in violation of an employee’s non-solicitation agreement.

Notwithstanding the rapidly increasing use of social media, very few courts have addressed the issue of when the use of social media violates a non-solicitation provision.  The case law that has addressed this issue over the past few years focuses on whether the former employee has proactively used social media to encourage former colleagues to come to work for, or encourage former clients to give business to, his or her new employer.

For example, in Enhanced Network Solutions Group, Inc. v. Hypersonic Technologies Corp. (June 2011), the Indiana Court of Appeals found that posting an employment opportunity on LinkedIn did not constitute prohibited solicitation.  In that case, two software companies entered into a subcontracting agreement in which ENS, an advanced software engineering company, and Hypersonic, a software modification company,
agreed that ENS would acquire certain services from Hypersonic to serve ENS’s own clients.  The companies agreed that they would “refrain from soliciting or inducing, or attempting to solicit or induce, any employee of the other party.”  During their contractual relationship, Hypersonic posted an open position for an outside sales representative on LinkedIn.  A field representative for ENS saw the posting and was interested.  He reached out to and met with Hypersonic executives and was eventually offered employment,
which he accepted.  ENS brought suit against Hypersonic for breach of their agreement.

In determining that there was no unlawful solicitation, the Court of Appeals focused on the fact that the non-solicitation provision lacked a definition of the terms “solicit” and “induce.”  Based on the commonly used definitions of these words, the court found that there was no violation because the employee had reached out to Hypersonic.  The court further noted that should ENS have wanted to eliminate the possibility of such conduct, it should have provided a definition of “solicit” in future agreements that clearly specified the kind of activity it wanted to prohibit.

In Invidia, LLC v. DiFonzo (October 2012), a popular hairdresser left her position with a salon to work for a competitor.  The new salon posted on her Facebook page that she was coming to work for it, and the hairdresser became Facebook friends with eight of her former clients.  The Superior Court of Massachusetts (October 2012) held that neither of these actions were solicitations in violation of the hairdresser’s agreement with her former salon and denied a motion for preliminary injunction because there was no evidence that she had actually encouraged her former clients to come to her new salon.

Employers should be mindful of the implications of social media for the protection of their trade secrets and good will and may consider directly addressing the use of social media in their non-competition and non-solicitation agreements with their employees.  And employees should not mistake this case law for a free license to promote their new employment on social media, as these cases are limited to their own discrete set of facts.