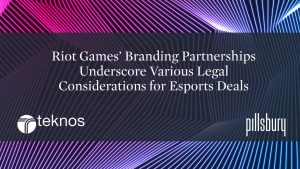 Last month in Paris, G2 Esports and FunPlus Phoenix competed in front of thousands of fans for the title of world champion, with millions more tuning in to live streams from around the globe. These teams did not compete on a soccer pitch, a basketball court, or a baseball diamond. Instead, they met on stage at Paris’ AccorHotels Arena, a venue more commonly associated with concerts than competitive sporting events. This event was no “ordinary” world championship; the teams in question participated in one of esports’ preeminent events, the League of Legends World Championship. Despite the title’s humble beginnings, Riot Games’ multiplayer online battle arena (MOBA) offering has grown to levels of popularity historically associated with marquee conventional sports, and the World Championship is League’s crowning achievement.