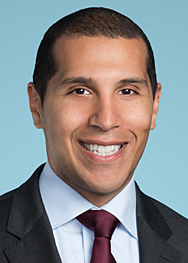 With over one billion monthly active users, chances are that you have heard of the wildly popular TikTok platform that is now owned and run by the Chinese company ByteDance. Allowing its users to live-stream anything from their latest lip-syncing battles of their favorite pop artist’s songs to controversial video content of government protests or operations—TikTok has understandably caught the attention and ire of governments (and parents) throughout the world.

This includes the United States government—which recently opened a national security review of ByteDance due to concerns that ByteDance may have purchased Musical.ly, the American company that became TikTok, in November 2017 for largely clandestine purposes. The U.S. government’s concern is not without merit, especially given that the acquisition of Musical.ly occurred around the same time as China’s 2017 national intelligence law, which contains sweeping language that requires companies to comply with intelligence-gathering operations, if asked.

With millions of Americans—including presumably children of sitting U.S. government officials—potentially susceptible to having their personal data handed over to Beijing upon request, many politicians and privacy experts have cautioned Americans to be careful of the data they upload and store on the platform. Understandably, TikTok’s management has pushed back on the notion that they have shared their users’ private data with Beijing or that they automatically censor any video content that would be offensive to Beijing (e.g., the Hong Kong protests, treatment of Uighur Muslims, and/or Contravirus containment protocols).

It remains to be seen what Washington will conclude with respect to its national security review of ByteDance, but what is certain is that TikTok will need to continue to implement better guidelines and protocols to ensure that its users’ private data is maintained and not freely shared and/or used in nefarious ways by Beijing.