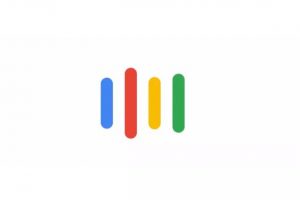 If you haven’t seen Sundar Pichai’s presentation on Google Duplex, watch it. The technology is fascinating.

Google is developing software that can assist users in completing specific tasks such as making reservations by telephone. The software uses anonymized phone conversations as the basis for its neural network and in conjunction with automated speech recognition and text-to-speech software can have independent phone conversations with other people. Incredibly, the software requires no human interaction—at least by the user requesting the service—to complete its task. The result is that you can task the software to setup a haircut appointment for you, or book a table at a restaurant where it is difficult to get reservations, with no further input needed. It can also work with different scheduling options if your preferred time is not available. And importantly, the conversations seem natural—it is very difficult to tell that one of the participants in the conversation is a computer.

The implications of this software are far reaching, but one issue that Google will have faced—and that will be relevant for any other developer planning on training their algorithms on phone data—is the wide variety of state restrictions on recording phone conversations. To develop algorithms based on phone conversations, Google will have to have captured a large dataset to use as training data. (Here, it used anonymized data that it may have had a right to collect through some of its voice services.)

States often restrict recording phone conversations without at least the consent of one party being recorded. For example, California has several statutes relating to recording phone conversations on landlines, cordless lines and cellular lines. One such statute, Cal. Penal Code § 632, makes it a crime to record telephone conversations without the consent of all parties to the communication. Significantly, however, the statute is limited to confidential communications. In the instance of the recordings played during the presentation, it is unlikely that the salon or restaurant had an expectation that the communication was confidential, so this statute likely would not have been at issue.

Regarding the phone conversations used as training data, Google will likely have had permission to record them ahead of time. And as for the ones it played at the presentation, it may have obtained permission ahead of time, or it may be relying on the lack of an expectation of confidentiality. In the future, other organizations wishing to use phone conversations as the dataset for which to train neural networks should take care they also have permission to record the conversations and should know that states differently restrict when recording can occur.