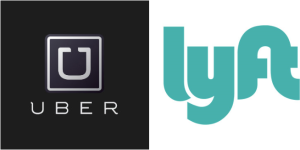 Meanwhile, Uber continues to aggressively battle with its drivers. On December 9, 2015, Uber’s drivers won an important victory when the court issued its final order certifying the case as a class action. Under this decision, the case will now include all drivers who have contracted with Uber directly and in their own name in California since 2009. And last June, the California Labor Commissioner ruled that an Uber driver was an employee, not an independent contractor, and ordered Uber to reimburse the driver for her expenses. (Uber has appealed the decision.) Like the California Labor Commissioner, the California Unemployment Insurance Appeals Board ruled that Uber drivers are “employees” for the sake of obtaining unemployment benefits.

So while Uber continues to try to protect its worker classification scheme in the courts, Lyft appears to have made a business decision to preserve its own classification scheme through a settlement. Pursuant to the Lyft-proposed settlement, the company’s drivers will continue to be classified as independent contractors. In exchange, Lyft agreed to pay $12.25 million to the settlement class and will amend the Terms of Service (TOS) that drivers accept when signing up with Lyft. The new TOS will be consistent with California’s law governing independent contractors. Lyft will also change its policy of terminating drivers at will. Under the settlement agreement, Lyft can only terminate drivers for specific reasons. The settlement remains subject to court approval.

Uber’s tenacious litigation strategy and Lyft’s settlement strategy are both likely motivated by a desire to protect and preserve their business models. Uber, Lyft and gig economy companies generally depend on flexible independent contractor labor to maintain the profitability of their businesses. For these sharing economy businesses, the outcome of worker classification cases is critical to survival. For example, just last year, the cleaning services company Homejoy shut down citing the worker classification cases filed against Uber, Lyft and others as the motivating factor. Bloomberg reported that in an investor prospectus, Morgan Stanley listed worker classification as a risk factor for an investment in Uber.