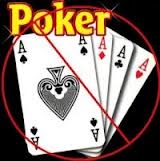 As real money online gambling remains bogged down in the legislative and regulatory morass, social gaming applications have been on a tear. As we have previously reported, major players are leveraging social gaming applications in preparation for the legalization of online gambling. One of the emerging leaders, Caesars Interactive Entertainment recently acquired Playtika and Buffalo Studios. Casino equipment manufacturer IGT acquired Doubledown, a Facebook casino app developer a year ago for a reported $500 million. Social game giant Zynga has announced that it is preparing to enter the online gambling world.

These games typically do not involve real money gambling. Often either the user can play for free or buys chips or credits but can not cash them out. These games leverage what we refer to as “gamblification” to create a simulated experience that leverages the fun aspects of gambling without legally constituting gambling.

While this trend is great for social game companies that are leveraging this phenomena, not everyone is happy about this. In Australia,
Senator Nick Xenophon reportedly intends to introduce legislation to prevent such “gambling apps.”  As reported by The Sydney Morning Herald, a virtual poker-machine game that children and teenagers can easily access was the highest-grossing phone and tablet app in Australia, prompting outrage from gambling critics and the established “pokies” industry (as they call it down under).

Such games have escaped gambling classification because even though users pay real money to but credits, they cannot cash out any winnings. Similar models are widely used by many social gaming applications such as Zynga Poker and many other such games.

In most jurisdictions, these types of games are not specifically covered by the gambling laws and are typically legal if certain precautions are taken in the business model. Perhaps Australia will change that. Stay tuned for further developments.