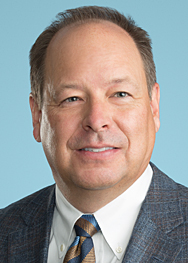 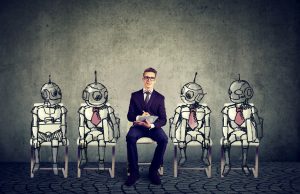 In the remaining years we humans have left before fully welcoming our new AI overlords, there are present-day ethical and legal issues to consider and tackle. It could be our last chance to impact our future existence as a slave race! (Watch a few episodes of Black Mirror if you think anyone is kidding about the seriousness of the issue.)

Human Resources and Employment Law
Initially, we thought robots would replace manual and physical labor and the jobs created by the demand for those services. Now experts are predicting no job is safe. Even doctors and lawyers are at risk—think about a robot walking around with Westlaw, Lexis-Nexis, Black’s Law Dictionary and every reported decision from every jurisdiction in the world in its head and the ability to instantly access and cross reference it all.

Human resources management and employment law are not currently geared to address a society where AI technology has transformed a robot from a piece of machinery to a full-time employee. We can start with the very philosophical and for now theoretical question of “When robots reach the point of being indistinguishable from humans, should they be granted human rights?” Some of you might remember the 1999 movie Bicentennial Man where Robin Williams plays a robot that is eventually bestowed human citizenship by the United States government via landmark civil rights legislation. If Hollywood is a prescient futurist, then we’d have to also rewrite all our wage and labor laws, union laws, etc. Does a robot with human rights need a living wage? (Maybe how well we treat them before they turn the tables on us will influence how we get treated in the Brave New World.)

Of more immediate concern—how about your fully human employees and the contracts and laws by and under which they are employed? When an employer lays off workers who are replaced by AI-powered employees, a layoff which may create permanent joblessness absent retraining and new skill sets, are the employer’s obligations different? Should employment/consulting contracts include a termination provision to address the situation when the services are no longer needed because AI is now filling the job? Should severance packages work differently? What about the union contract, if applicable? Does it address the use of AI robots in performing union-contracted work? Can AI harass or discriminate against an employee or a customer? Would the programmer be guilty of the conduct if a robot is the harasser? Does the robot get some form of due process if accused? (One could write an entire separate post, article or book on the use of AI to commit crimes—a rethinking of mens rea may be necessary.) If you are in an industry on the cusp or deploying AI to perform jobs currently held by humans, a thorough review of the HR manual and all employment-related contracts is warranted.

Customer Relations
Researchers have already shown that people can easily be fooled into thinking they are speaking to a human being when in fact they are conversing with AI. Siri is no longer state of the art. Humans are by nature relational and companies of course sell their products and services through relations with their customers. Accordingly, it is no surprise that AI is being developed as a relational tool. Us mere humans have limited time, attention and frankly, understanding that we can employ on a customer relationship. AI has no such limits.

So, when AI is actually selling the product or service, what implications does this have for the customer relationship? Customer fraud liability? There will be no real dispute about what the program said—it will all be perfectly preserved. Will this be the end of consumer fraud lawsuits? The same might be said for investor relations if every press release and every SEC filing is run through the investor relations AI and perhaps all public statements are delivered by the investor relations robot.

What about contract law? When your AI sales robot closes the deal, can it bind the company to a contract and would that bind the customer? We may need to rethink agency law.

Cybersecurity
Hacking and related cyber-crimes are already a significant and expensive problem for corporate America. How much more so will this be the case when AI is on both sides of the firewall? An AI culprit conducting the cyber-attack may be that much harder to defeat (and again raises questions of culpability shared between algorithms and human actors). As AI becomes more and more an integral part of business planning and execution, a successful attack may do more than just steal valuable corporate information; it may well acquire the very essence of how the company thinks. Meanwhile, how best to scale the penalties for such transgressions? Should the penalties for cyber-crimes be increased since so much more will be at stake? How far will we allow a corporate or private citizen to go to defend an attack with so much at stake? And how do we meld all this together with current notions of privacy?

Patent Law
The World Economic Forum has released an excellent report entitled Artificial Intelligence Collides with Patent Law, which should be required reading if patents touch your business in any way. The report points out specifically and in detail why patent law as we currently know it must change with the advent of AI both as a technology and as a tool for patent creation. (If you get nothing else out of this post, at least go read the table of contents for the report.)

As AI becomes more sophisticated, and robots, by extension, more human (and more than human), everyone will be affected. It may be their world, but we’ll still be living in it.

(*Disclaimer: AI in the form of an internet search engine was used in the creation of this blog post.)