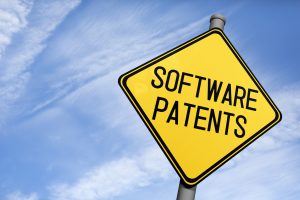 Finjan Inc. owns patents on technology involving computer and network security. Its patents are directed toward behavior-based internet security,  addressing a method of “identifying, isolating, and neutralizing” potentially malicious code based on the behavior of that code rather than by scanning and maintaining a list of known viruses and malicious code signatures like so many other providers of internet security software.

Blue Coat Systems Inc. (now acquired by Symantec) sells an internet security system used by many companies and by “most of the defense and intelligence arms of the U.S. Government.”

Finjan sued Blue Coat Systems for patent infringement. At trial, Finjan’s damages expert asked the jury to find that Blue Coat should pay $24 million for infringing the patents. Finjan’s expert arrived at this figure by making the following calculation:

$8 (a per user license fee that was the starting point for Finjan’s licensing negotiations, and the rate established in the Finjan v. Secure Computing lawsuit)

Following a ten-day trial in San Jose, Calif., the jury did not follow the recommendation of Finjan’s expert; instead, the verdict was that Blue Coat Systems should pay $39.5 million to Finjan for the infringement. This damages award was $15 million higher than what Finjan’s expert had testified that Finjan deserved to be paid, and it must have seemed like quite a win for Finjan.

However, in a recent about-face, the Court of Appeals for the Federal Circuit overturned the damages decision. What went wrong?

The appeals court focused on two main problems with how Finjan’s expert witness determined the value of its inventions.

First, Blue Coat System’s accused software performed at least two different functions when it encountered new, previously unvisited websites: (1) it assigned a security profile to the website, and (2) it scanned the content of the website and categorized the sites across more than 80 categories (i.e., gambling, news, pornography, etc.). According to the jury, the first function of assigning a security profile was an infringing act. But the second function of “categorizing” previously unknown web sites did not infringe Finjan’s patents. The appeals court noted that the second “categorizing” functionality had economic value all on its own. One category to which websites may be assigned is “social media,” and the appeals court explained that this function is valuable to companies trying to identify social media sites for the purpose of preventing employees from accessing social media while on the job.

Also, the appeals court found that there was no evidence to support the $8-per-user royalty rate employed in Finjan’s analysis. While Finjan’s Vice President of IP Licensing had testified that its own current starting point in licensing negotiations was consistent with an $8-per-user fee, Finjan did not show that Blue Coat would have accepted this offer. Finjan had also argued that the $8-per-user royalty rate amount was consistent with a verdict it obtained in a different patent infringement case against Secure Computing in 2008, but the appeals court pointed out that the Secure Computing lawsuit did not involve the same patents, and there was no evidence showing that the patents in the two cases were economically or technologically comparable. Finjan apparently had shown that the infringing products in the Secure Computing case were in the computer security field, and that Secure Computing was a competitor of Blue Coat in 2008, but according to the appeals court these facts only demonstrated a “surface similarity” and were not sufficient.

Here’s the rub: the appeals court’s reversal could result in a situation in which Finjan receives no compensation for Blue Coat’s infringement of the patent at all. Finjan had the burden of proof to show the damages amount, and the appeals court was unsure whether Finjan has the right to present a new damages theory and get a new trial on damages. It sent the case back down to the lower court to decide what to do.

Courts are clear that it is important to be meticulous when tying the damages award to the incremental value that the patented invention adds to the end product, and this case demonstrates that software inventions are no exception. Case law also states that there is usually more than one way to do this. Still, this case adds to the list of appellate reversals showing that even professional damages experts have trouble translating this rule into fact-specific, practical calculations. Those caught up in patent litigation may want to have a few approaches to damages calculations up their sleeves while the case law is worked out.