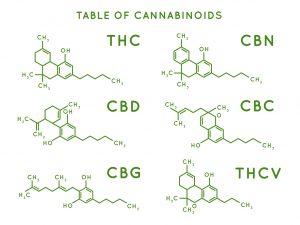 Cannabinoids are naturally occurring compounds of Cannabis sativa, which generates over 112 different cannabinoids that accumulate in glands known as trichomes. Cannabinoids have shown antioxidant, anti-inflammatory and neuroprotective properties, and are used to treat various ailments such as nausea, asthma, migraine, epilepsy, insomnia, depression, anxiety, and many more. The two most abundant and well-studied cannabinoids from the cannabis plant—THC and CBD—are FDA-approved drugs. Since cannabinoids are naturally occurring compounds, such compounds are not eligible for patent protection under 35. U.S.C. 101. However, some CBD pioneers, like Pillsbury client, Dr. Jason Poulos of Librede Inc., are leveraging a dynamic string of protein expression to synthesize pure cannabinoids at an industrial scale without the use of any actual cannabis plant.

Circumventing the need to cultivate the cannabis plant itself clearly has promising implications. The production of cannabinoids in yeast is more economically and environmentally sustainable than agricultural production. Agricultural-based production is expensive, uses large amounts of land, water, fertilizers and pesticides, and has a high carbon footprint. With legalization comes an increase in indoor grow operations. The electricity utilized for the cultivation of cannabis alone statewide has been estimated by some to be more than three percent of the total energy usage in California. Yeast-based production is similar to brewing beer—it uses less energy, is less resource intensive, and benefits from steady supply chains, while providing higher purity/constituency. This type of method can eliminate the cost of cannabis cultivation. Understandably, some may be wary of this new method—understanding how CBD synthesis plays out can be a bit tricky. Yet, unknown to many consumers, several high-value natural products are already produced by yeast and are in everyday products such as cosmetics, flavors and fragrances.

The Yeast One Can Do
Yeast-based synthesis of CBD is a combination of biotechnology and agricultural, a.k.a. cellular agriculture. In this process the blueprint (DNA) for the chemical machines (enzymes) that produce cannabinoids are inserted into yeast. Enzymes increase the rate of chemical reactions by lowering activation energy. The enzymes act on molecules called substrates, which are converted by the enzyme into products. A synthase is an enzyme that catalyzes a synthesis process. When the yeast have the blueprint (DNA) they can make the chemical machines (enzymes) and then convert substrates (sugar or other feedstocks) into CBD.

With the ability to control the chemical process at the molecular level there is an unprecedented level of control and manipulation that can occur that is not possible with agricultural production. Single enzymes can be inserted or deleted creating a wide variety of products, even minor cannabinoids that are produced by the plant at less than 0.1 percent. This creates a modular platform where selected parts of the biological pathways of a host (cannabis) may be altered to produce several desired products.

The Librede solution utilizes yeast for producing cannabinoids from simple sugar. Librede implements various genes modified for producing the appropriate enzymes and alters the metabolic pathways of yeast to replicate the same metabolic products as generated by the Cannabis sativa plant. Librede Inc. has several issued patents focusing on utilizing nucleotide transformations in a series of steps to transform a common strain of yeast, the S. cervisiae, into a form capable of expressing cannabidiolic acid synthase.

For Dr. Poulos and the Librede team, the challenge was getting the yeast ready to do the job. “There are differences between the way plants produce these compounds verses yeast. You have to engineer new metabolic pathways so that the yeast is healthy and producing what you want. We needed to identify the enzymes that are required to make the cannabinoids, engineer them to improve their function, and also change the yeast’s own genome to improve fitness in the presence of these compounds. Once we have the right genetics, the compounds are secreted into the media and purification is straight forward. This is much more efficient which leads to great economics and improved environmental impacts.”

Although Librede may be the only company to have issued IP for the full biosynthesis of cannabinoid in a microorganism, they are not alone in the quest to develop alternative approaches to CBD synthesis. Another recently filed application from Baymedica Inc. (US 20180334692) relates generally to production of enzymes and recombinant yeast strains for the biosynthesis of cannabinoids using enzymes to direct cannabinoid biosynthesis in yeast. And, adding another layer of complexity, Teewinot Technologies Ltd. touts solutions (US9526715B1 US9394510B2) that simultaneously produce tetrahydrocannabinolic acid (THCA) and cannabichormenic acid (CBCA) or cannabidiolic acid (CBDA) in different ratios, which is controlled by the pH of the reaction outside of a cell (in vitro production). Teewinot implements a bioreactor that uses a substrate and a cannabinoid acid synthase, and an extractor for isolating the cannabinoid products.

As the nature of biotechnology seems to indicate, with CBD synthesis, there are multiple paths to the same destination. While some fear an inevitable patent war amongst fledging CBD synthesizing startups, others, like Dr. Poulos, believe the nature of the industry will allow room for more than one player. “We’re looking at a field that is going to be shared among a few players,” he explains. “The CBD market will have its own version of Nike-, Reebok- and Adidas-type companies for cannabinoid synthesis.”

So, while many speculative investors are hoping their CBD pony will turn out to be the unicorn in the herd, there is much left to be understood in this field. In any event, CBD synthesis could upend the entire cannabis cultivation market. Who will be among the few teams that will claim a seat at the table in the burgeoning CBD synthesis market is yet to be decided.