Both the Central Bank of Russia and the Russian Prosecutor General’s Office explained that the rouble is the country’s sole official currency and that the production of alternative monetary products, such as Bitcoin and other virtual currencies, is illegal under current law.  Russian regulators also warned that anyone who exchanges virtual currency for national or foreign currency, goods, or services will be treated as if they are potentially involved in suspicious activities, money laundering, or terrorism financing.

Although many of you are obviously fascinated by the fast-paced virtual currency industry, trying to read a news article or blog can sometimes be incredibly difficult due to the sheer number of acronyms and terms of art commonly used by industry participants. The author of the attached document endeavored to capture the key acronyms, abbreviations and definitions relevant to the VC industry to assist you so that you can keep up with key developments. Still have questions or additional acronyms, abbreviations or definitions that you would like us to add? Please contact the author, Amy Pierce, or any of our Social Media & Games attorneys.

The United States Attorney’s Office for the Southern District of New York announced the forfeiture of approximately 29,655 Bitcoins in connection with the seizure of the Silk Road website.  The Silk Road operated as a marketplace for illicit goods and services before it was shutdown in October 2013.  At the time the U.S. Attorney’s Office seized the Silk Road website and its servers, a large number of Bitcoins was found in a digital wallet stored on the website’s servers.  Since the seizure, no claims have been filed for the wallet, and on January 16, 2014, United States District Judge J. Paul Oetken held that the wallet was deemed forfeited to the U.S. Government.

A spokesman for the U.S. Attorney’s Office stated that it has not yet been determined how the Bitcoins will be liquidated.  Since the seizure of the Bitcoins, the value of the virtual currency has grown with the market’s increasing demand.  At the present exchange rate, the Bitcoins are valued at approximately $28 million, approximately 4x their value at the time of the seizure.

Another set of Bitcoin-related arrests for failing to comply with the Bank Secrecy Act.
http://www.cnbc.com/id/101366511

Interestingly,
investors in one of the companies include the Winkelvoss twins. Anyone who is involved in Bitcoin or other virtual currency endeavors needs to ensure that they understand and comply with the law. This includes getting licensed when necessary and complying with all disclosure obligations. While there are many legal, sound investment opportunities in this space. Investors should be particularly careful in conducting legal diligence in these companies before investing.

On January 28th and 29th, the New York Department of Financial Services (DFS) will hold hearings to discuss the regulation of virtual currencies, including the potential issuance of a “BitLicense” specific to virtual currencies.  The DFS previously expressed concern about virtual currencies remaining a “virtual Wild West for narcotraffickers and other criminals….”   Despite this concern,
the DFS, like FinCEN, has indicated a willingness to work with the virtual currency industry and other stakeholders to establish “appropriate regulatory guardrails to protect consumers and our national security.”  The DFS “is concerned that – at a minimum – virtual currency exchangers may be engaged in money transmission as defined in New York law, which is an activity that is licensed and regulated by DFS.”  Thus, even though the DFS has stated that it has not made a determination at this point about the necessary regulatory guidelines for virtual currencies, one might anticipate that, at a minimum,
these guidelines will include additional oversight and licensure “to bring virtual currencies out of the darkness and into the light of day.”

The upcoming hearings will be held in New York City and will include some high-profile players in virtual currency, such as Cameron and Tyler Winklevoss, Principals of Winklevoss Capital Management, Barry Silbert, Founder & CEO of SecondMarket and Founder of the Bitcoin Investment Trust, Fred Ehrsam,
Co-Founder of Coinbase, and Cyrus R. Vance, Jr., District Attorney of New York County.

On January 16, 2014, The Sacramento Bee in its article Kings will be first pro sports franchise to accept online currency Bitcoins announced that by March 1, 2014, Sacramento Kings fans “will be able to purchase team merchandise and tickets using Bitcoins through BitPay.”  Bitcoin is a virtual currency which can be transferred through various exchanges.  In the article, Vivek Ranadive, the Kings managing partner and founder of the Silicon Valley tech firm Tibco Software Inc., confirms that “he wants the team to be among the most technologically-advanced franchises in the world. He calls his philosophy ‘NBA 3.0.'”  Among other technological advancements the Kings plan are a technology-rich proposed new arena and “a new Kings app for smartphones that allows fans to upgrade their seats at games, provides detailed maps of Sleep Train Arena and includes a virtual noise-making cowbell.”  Their approach is intended to make “the experience for those fans more seamless and hassle free.” 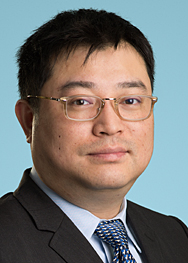 The Singapore tax authority has issued guidance
which confirms the viability of certain Bitcoin transactions. Like the central bank in China, the Inland Revenue Authority of Singapore (IRAS) took the position that Bitcoin is not a type of money or currency. This is still an unsettled question in other jurisdictions.

Even if Bitcoin is not currency, transactions in Bitcoins can lead to profits which the Singapore authority is happy to tax, at least in some situations. According to the IRAS guidance, short-term speculative transactions in Bitcoins will be taxed, while capital gains generated from long-term investment will be tax free.  The IRAS guidance also distinguishes using Bitcoins in purchase of physical goods (taxable) and of virtual goods (not taxable).

The IRAS guidance has been warmly welcomed within the Bitcoin community in Singapore for being “rational and well thought-out.” Some observers believe that, given the embryonic state of the Bitcoin economy, an incremental and pragmatic approach to regulation makes more sense than attempts to impose blanket definitions or characterization, let alone any outright prohibitions, on transactions in this new and emerging unit of value.

The taxation of virtual currencies has garnered increasing attention, in part due to the princely fortunes some are making from the rapid increase in the price of Bitcoins. Yet, the U.S. IRS has issued little guidance in this area. This is likely to change soon. In May 2013, the GAO issued a report on Virtual Economies and Currencies. In part, the report states:

Despite noting that the IRS website suggests that existing guidance covers these transactions, it states that this guidance did not explain when the transactions are sufficiently analogous to be covered by existing rules. Among the remaining questions it identified the following:

1.
When will receiving or using digital currency trigger gains and losses?

2.
When will these gains and losses be taxed as ordinary income or capital gains?

4.
When should digital currency holdings be reported on a Report of Foreign Bank and Financial Accounts (FBAR),
or Form 8938, Statement of Specified Foreign Financial Assets?

In the interim, our Social Media Team’s tax gurus are monitoring the issues.

Pillsbury's Internet & Social Media Team
Based on some recent articles, a number of people have asked whether Bitcoin might be declared illegal under an archaic law known as the “Stamp Payments Act.” According to a recent Congressional Research Service report, the answer is …. likely not.

The Stamp Payments Act of 1862 states:

Whoever makes, issues, circulates, or pays out any note, check, memorandum, token, or other obligation for a less sum than $1, intended to circulate as money or to be received or used in lieu of lawful money of the United States, shall be fined under this title or imprisoned not more than six months, or both.

It does not seem likely that a currency that has no physicality would be held to be covered by  this statute even though it circulates on the internet on a worldwide basis and is used for some payments of less than $1. The language of the statute, “note, check, memorandum, token,” seems to contemplate a concrete object rather than a computer file; moreover, a digital currency such as Bitcoin, without a third-party issuer, cannot be said to be an obligation.

Of course, a clever legal mind can always develop a legal argument to the contrary.

One of the more famous cases brought under this act related to the Monongahela Bridge company which issued tickets (worth less than $1) good for one trip over the bridge. The court found that this practice did not violate the act, noting:

these tickets have no resemblance or similitude in shape, design or material, to the coin of the United States, nor to the postage currency, the free and untrammeled circulation of ·which it was the design of the act to advance and protect….They do not contain a promise to pay money, they are not the representatives of money, and therefore cannot be said to circulate, or be intended to circulate as money. Money is the medium of exchange among the people. Its peculiar characteristic is, that it is the one thing acceptable to all men, and in exchange for which they will give any commodity they possess.

Another interesting issue presented is who would be liable. To the extent that a Bitcoin miner “issues” a coin, as long as the price of a coin remains greater the $1, they would not seem to violate the express requirement of the statute that the token be less than $1. Assuming for the sake of argument that the Act did otherwise apply, to the extent that a recipient of a coin uses a partial Bitcoin for a transaction less than $1, then the feds perhaps could go after the user.  But going after users who engage in transactions less than $1 does not seem to be a prudent or effective way to stop Bitcoin use. Assuming the vast majority of the transactions were valued at over $1 it would seem to be a pretty ineffective way to shut down Bitcoin.

If the Federal Government wanted to take action against Bitcoin, it would more likely take action to do so directly through new legislation (or perhaps some other existing legislation) rather than chance an iffy interpretation of an ancient statute that was primarily enacted for another purpose and which might only, at best, provide a basis to go after users in small transactions.

All types of businesses are leveraging new and emerging business models around virtual currencies and virtual goods. Check out our video where we discuss the various legal issues that need to be addressed to safely and profitable capitalize on these significant business opportunities: