On Friday, Michael Dell, CEO of Austin-based Dell Inc., announced on twitter that Dell.com is now accepting Bitcoin as a direct payment option for consumers and small businesses in the U.S.  Other major companies, such as Overstock and Expedia, began accepting Bitcoin earlier this year and have reported favorable results, including that a majority of Bitcoin purchases were made by brand new customers.  To offer Bitcoin as a payment option,
Dell partnered with Coinbase,
a U.S.-based Bitcoin exchange and payment processor.  Dell’s terms and conditions highlight one of Bitcoin’s unique characteristics,
i.e., that once you initiate a Bitcoin transaction, you cannot change or cancel it.  Dell does, however, offer a limited refund process that requires a Coinbase account or remittance of a check in U.S. dollars, depending on the circumstances.

Austin has become a hub of Bitcoin activity.  Several emerging Bitcoin-focused companies, such as CoinTerra
and Cloudhashing, are located in Austin, and, in February, Robocoin installed the first U.S.-based Bitcoin ATM in a popular bar in downtown Austin.

Bitcoin mining firm GHash is reportedly
consistently attaining over 51% of all of the hashing power of all Bitcoin miners.  As a decentralized currency, Bitcoin depends on an open ledger called the “block chain” to track every transaction using the Bitcoin protocol.  The integrity of the block chain is generally maintained because many different entities are competing to summarize the entire block chain as quickly as possible.  When many entities agree on the state of the block chain, that agreed upon state becomes for all intents and purposes, fact.
When a miner is able to consistently control 51% of the “votes” in the mining pool, it can theoretically control the state of the block chain.
GHash has released a press release stating that it will not attempt to use its hashing power to manipulate the market, but the Bitcoin community remains cautious of how GHash will wield its market share in the coming weeks.

For advice on how this development may impact you, contact us.

As reported in our earlier post,
the U.S. Government has begun its first ever auction of Bitcoins.  The Bitcoins to be auctioned were seized in connection with the shutdown of the Silk Road – the “dark net” site that served as a marketplace for illegal goods.  The U.S. Marshals Service has announced that 29,656.51306529 bitcoins will be auctioned in this initial round.  The reported
value of the Bitcoins to be auctioned, at the time of the announcement, is approximately $18 million U.S. Dollars.

Join members of Pillsbury’s leading Virtual Currency practice, partners, James Gatto, and Deborah Thoren-Peden, to understand and analyze some of the key legal and business issues related to Bitcoin and other crypto-currencies. This webinar will highlight the history of Bitcoin and other digital currencies and associated unique business models. They will also address the latest developments in digital currency regulation and enforcement. 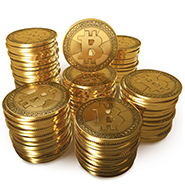 RSVP by April 21
Please register for this complimentary presentation to receive log-in/dial-in information.

Among other things the IRS has stated:

Additional points made by the IRS include the following:

Explore the Future of Bitcoins

After taking Inside Bitcoins to Las Vegas this past winter, this definitive Bitcoin event is returning to New York City, April 7-8 at the Javits Convention Center. Join us in New York City as our industry experts, business visionaries, and virtual currency veterans converge to analyze the first digital, decentralized, peer-to-peer based global currency. These thought leaders will also share their insights and knowledge on the implications of bitcoin, along with predictions on what lies ahead. Whether you’re a venture capitalist, lawyer, technologist, entrepreneur, regulator, cryptographer,
payment pioneer, or public policy expert, our agenda offers the latest intelligence for everyone and anyone interested in learning more about bitcoin.
Can bitcoin carve out a significant place for itself alongside today’s mainstream payment technologies? What technical and regulatory obstacles does bitcoin need to overcome? Will large-scale bitcoin mining help to push the price of bitcoins higher? Is bitcoin going to save the global economy, or is it today’s answer to 17th-century tulip mania? Be sure to attend Inside Bitcoins and get answers to all of your burning questions!

Who Should Attend?
Anyone with a vested interest in bitcoins and other virtual currencies, including:

MoneyBeat had a very enlightening and interesting talk with Christopher Mirick, a partner at the

international law firm Pillsbury Winthrop Shaw Pittman, operating in the firm’s Insolvency & Restructuring practice. He is also one of two educational directors at American Bankruptcy Institute’s international committee and co-author of the book “Strategies for Creditors in Bankruptcy Proceedings.”

One point he made,
that seems obvious in retrospect, is that there’s never quite been a bankruptcy case like this one. It involves a new technology, a company that seemed to operate with only a few employees and almost no presence in the countries across the globe where it did business, and questions of cross-border bankruptcy law.

What follows is a paraphrased version of our conversation.

How messy is this bankruptcy going to be?

It’s going to be “very messy,” Mr. Mirick said. There are a couple of things to think about. For one thing, Mt. Gox has creditors all over the world. Of their roughly 130,000 creditors, only about 1,000 are in Japan. According to Mt. Gox, they don’t have U.S. bank accounts. “So what’s a person in Illinois going to get? There’s nothing there,” Mr. Mirick said.  Mt. Gox did business in a lot of places where it didn’t have any physical existence. “What’s there to recover?”

Is your firm involved in the case?

Mr. Mirick said this kind of case would be “up our alley,” but the firm isn’t currently involved, although it does have a Tokyo office. “But we would jump at the chance.”

“You’ve never had a case like this.” It involves a cutting-edge technology, and questions about cross-border enforcement of bankruptcy proceedings. Mr. Mirick pointed to Lehman Brothers, for comparison [a case that, we’d note is still being settled.] Unlike Mt. Gox, Lehman had entities in each jurisdiction where they operated. “This [Mt. Gox] is just like a couple of guys with some computers who happened to be in Japan, and handling half a billion dollars that went missing.”

What can a creditor hope to recover?

Mr. Mirick said creditors of Mt. Gox should be looking for a way to track the money and bring it back, if possible. They should also examine the timeline, for when the money first disappeared, he said. Was it three months ago? Six? “If they were making payments during that time, maybe you could claw some of that back.”

From the creditors’
point of view, Mr. Mirick said, somebody has to be blamed, whether it’s the Mark Karpeles, the directors, or the officers. That person or people may have insurance, if not assets, and creditors may be able to go after that, he added.

“But, for a company without physical assets, the ability to get a recovery is quite limited.”

Both the Central Bank of Russia and the Russian Prosecutor General’s Office explained that the rouble is the country’s sole official currency and that the production of alternative monetary products, such as Bitcoin and other virtual currencies, is illegal under current law.  Russian regulators also warned that anyone who exchanges virtual currency for national or foreign currency, goods, or services will be treated as if they are potentially involved in suspicious activities, money laundering, or terrorism financing.

The United States Attorney’s Office for the Southern District of New York announced the forfeiture of approximately 29,655 Bitcoins in connection with the seizure of the Silk Road website.  The Silk Road operated as a marketplace for illicit goods and services before it was shutdown in October 2013.  At the time the U.S. Attorney’s Office seized the Silk Road website and its servers, a large number of Bitcoins was found in a digital wallet stored on the website’s servers.  Since the seizure, no claims have been filed for the wallet, and on January 16, 2014, United States District Judge J. Paul Oetken held that the wallet was deemed forfeited to the U.S. Government.

A spokesman for the U.S. Attorney’s Office stated that it has not yet been determined how the Bitcoins will be liquidated.  Since the seizure of the Bitcoins, the value of the virtual currency has grown with the market’s increasing demand.  At the present exchange rate, the Bitcoins are valued at approximately $28 million, approximately 4x their value at the time of the seizure.