Social media has become a must-have medium for most companies and celebrities. The medium provides an easy, inexpensive and instantaneous connection to customers and fans. However, as social media marketing continues to expand and evolve, so do concerns about deceptive advertising. 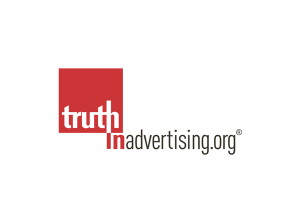 Truth in Advertising (TINA.org) has been urging the Federal Trade Commission (FTC) to take a harder stance on deceptive social media ads. A nonprofit organization based in Madison, Conn., TINA.org presents itself as “the go-to online resource dedicated to empowering consumers to protect themselves and one another against false advertising and deceptive marketing.” In particular, the focus has been on celebrities who take advantage of social media outlets to promote brands or products but fail to properly disclose when they are either being paid to push these products and services or otherwise being compensated with gifts or benefits.

According to The FTC’s Endorsement Guides: What People Are Asking:

“If an endorser is acting on behalf of an advertiser, what she or he is saying is usually going to be commercial speech—and commercial speech violates the FTC Act if it’s deceptive. The FTC conducts investigations and brings cases involving endorsements under Section 5 of the FTC Act, which generally prohibits deceptive advertising.”

TINA.org has recently focused on the Kardashian family—known for their prolific social media presence and usage—for not properly disclosing when a social media post was really an endorsement for which they were being paid or otherwise compensated. (Kim Kardashian even made it onto TINA.org’s “Wall of Shame.”)

Other celebrities have also come under scrutiny because gifts received were not clearly labeled as ads. For example, the day after the Super Bowl, Beyoncé posted on Facebook, “It was a Super weekend Airbnb,” with a picture of her enjoying a $10,000/night rental in Los Altos Hills, Calif. What was not clear from the post was whether she was paid or compensated (perhaps with a free rental?) for the glowing plug. Purportedly neither Beyoncé’s PR reps nor Airbnb responded to multiple inquiries asking if she was compensated for the post.

The FTC issued an enforcement policy statement last December which stated that consumers must be told in a “clear and conspicuous” way when a social media post is paid for, like including the hashtags #ad or #sponsored. The terms of service for the major social media platforms tell users they are responsible for complying with applicable laws regarding advertising and following best practices around transparency.

Kim Kardashian and Kylie Jenner also posted on Instagram, each thanking Airbnb for the “gift” of an apparently free rental—a New York City penthouse for Kim and a luxurious home in Turks & Caicos for Kylie. Although the posts did not use #ad or #sponsored, the use of the word “gift” would suggest that they are not paying for their stays and may possibly be sufficient disclosure that the post is an ad or being sponsored by Airbnb. However, when in doubt, an endorser (and indeed their sponsor) should err on the side of safety and use (or instruct the use of) the recommended “clear and conspicuous” disclosures as provided by the FTC.