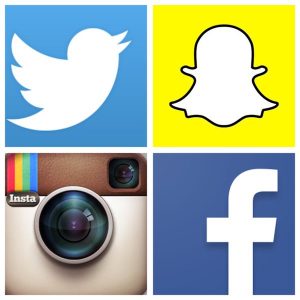 When the President of the United States, every governor, every member of Congress, and—as Justice Kagan remarked—virtually every under-30 and 35 year-old in the country has a Twitter account, it’s time for social media to be recognized as a pervasive and protectable form of speech. On Monday, during oral arguments in Packingham v. North Carolina, the Supreme Court of the United States seemed to emphatically agree. The case concerns a North Carolina law that prohibits registered sex offenders from “accessing” any “commercial social networking websites” whose membership also includes minors. In particular, SCOTUS made several statements on the nature of social media:

While SCOTUS has yet to issue its decision, the fact that it spoke in language usually reserved for discussing First Amendment protection in analyzing the North Carolina law strongly indicates that it is finally giving social media recognition and protection as a form of speech and expression. What does this mean for users, purveyors, and hosts of social media?

Recognizing social media as a form of protected speech may have a significant impact on attempts to control, restrict, or edit the substance or distribution of certain posts. Although social media companies are not subject to First Amendment restrictions per se, companies’ attempts to regulate social media content may be received with hostility especially if users come to expect that their social media posts are always protected as free speech. As a useful comparison, a large percentage of Americans still believe that they are entitled to First Amendment protection in the private sector workplace. SCOTUS’ formal recognition of social media as protectable speech could focus negative attention on companies’ efforts to curate feeds.

The expectation of users that their social media posts are constitutionally protected could also run counter to the expectation of (some) users that social media platforms serve as safe, respectful and censored spaces. For example, Facebook’s attempts to control what posts make it into its “Trending Topics” module and efforts to combat fake news, or Twitter’s recent revision of its terms of services to more aggressively police “hate speech” could be vilified or welcome depending on the user’s point of view. Recognition by SCOTUS of social media as protectable speech presents yet another difficult line for social media companies to tread.