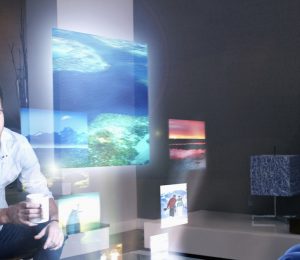 Non-fungible tokens (or NFTs) are unique blockchain-based tokens that can represent almost anything, including physical assets. NFTs have been growing significantly in popularity in recent years because of this potential to “tokenize” anything and provide a way to transfer ownership of digital assets to holders. An NFT can be described as a certificate of authenticity. Most NFTs today are based on the Ethereum blockchain, but some other blockchains like TRON and NEO also support NFTs.

We have previously written about NFT uses ranging from baseball bobbleheads to high-end real estate. Currently, a large portion of NFTs represents in-game items and crypto collectibles, but new uses are being explored—for example, in the art world.

Art, you ask? In most peoples’ minds, art is associated with a creative expression set in a tangible medium—a sculpture, a painting—whose possession allows the owner to put the piece on display either for one’s own pleasure or to show to others. Enter Beeple (a.k.a., Mike Winkelmann), a graphic designer from Charleston, SC, who produces digital artwork using NFTs. Beeple already has a celebrity following including the likes of Justin Bieber, Eminem, Katy Perry, deadmau5 and more, an Instagram account with 1.8 million followers and a repertoire of digital art that often sells for more than $100,000 apiece. One piece known as The Complete MF Collection sold for $777,777, and the first extensive auction of his art in December grossed $3.5 million in a weekend.

Several emerging platforms including Nifty Gateway and MakersPlace have been providing online marketplaces on which digital goods can be offered and sold. (Nifty Gateway was acquired by the Winklevoss Twins’ crypto-exchange Gemini in 2019.) The goods like Beeple’s digital art are linked to a unique NFT that is stored on the blockchain. Anyone can go online and verify who owns a specific NFT—that is, a specific piece of digital art. NFTs acquired through Nifty Gateway can be stored in the company’s custodian wallet or transferred to the owner’s personal wallet. As they might say in cryptoland, “Own the private keys, own the art.” It’s no matter that the digital art can’t be hung on the wall; the Winklevoss Twins contend that collecting digital art shouldn’t be any different from collecting rare baseball cards.

When you buy an NFT, generally using cryptocurrency, you buy the unique token and the work of art linked to that token. That transaction is registered on the blockchain and provides a permanent and transparent record of that purchase and your proof of ownership. What do you do with NFT? You can display the digital art associated with it on your computer or TV or even a digital frame. (In one auction, Beeple sent digital frames to collectors.) You can also resell it. Couldn’t others just screenshot the image or other reproduce on the Internet and claim to own a copy? Yes, but the blockchain would still show that you are the owner of the original. Transferring ownership of an NFT requires a blockchain transaction that can be authorized only by the NFT owner’s private key, much like sending Bitcoin or any cryptocurrency. A more common analogy would be reprints of a famous photograph except that the owner of the original photograph has immutable proof of ownership in the blockchain.

Of course, that introduces questions of how copyright would apply to NFTs. With traditional art, the collector who purchases the piece generally only gets the right to display the piece. Unless expressly agreed by the artist, the copyright stays with the artist and the collector does not have the right to make copies and distribute those copies—to, for example, take photos of the piece and make postcards or create reprints and sell those postcards and prints. It would seem that the same would apply with NFTs—specifically, that an artist like Beeple can create as many copies as desired of a digital artwork unless contractually limited, and the value of the specific purchase will be that no other copy can have the same unique token associated with it. However, given the recent entry into the market of NFTs, how intellectual property rights might be asserted or enforced for such digital art remains to be seen.

Skeptics may argue that forging the Mona Lisa convincingly would be much more difficult than convincingly producing a copy of a digital piece of pixelated artwork. However, this does not appear to be impacting NFTs popularity. Even as some in the traditional art world have been critical, others have been open to this disrupter. In fact, Christie’s, the famous auction house founded in London in 1766, sold its first NFT in October 2020 and just announced this month that it would auction off its first Beeple, Everydays: The First 5000 Days, in collaboration with MakersPlace, in an auction running from February 25 through March 11. Unlike most Christie’s auctions, the bidding for this auction is being conducted only online. Get ready … millennials are bidding on art.

(Update: The Beeple piece sold for over $60 million.)