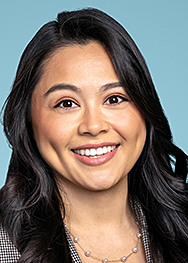 The U.S. Court of Appeals for the Federal Circuit has agreed with the U.S. Patent Trademark Office (PTO) in holding that artificial intelligence (AI) cannot be considered an “inventor” for purposes of obtaining patents.

Computer scientist Stephen Thaler argued that his AI system “DABUS”1 (which he describes as a collection of source code and software or “Creativity Machine”) was unlawfully denied patents by the PTO in July 2019 for two inventions it generated without his contribution—a food container and a light beacon. In lieu of an inventor’s last name, the patent applications stated that the inventions were generated by artificial intelligence. The PTO denied the applications on grounds that they were incomplete because a machine does not qualify as an “inventor,” which must be a natural person.

The Court held that the Patent Act, since 2011, has defined an “inventor” as an individual or individuals who invented or discovered the subject matter of the invention. Although the Patent Act does not define individual, the Court relied on the U.S. Supreme Court interpretation and dictionary definition of “individual” as a person or human being. Moreover, the three-judge panel recognized that the Patent Act uses the personal pronouns “himself” and “herself,” rather than “itself,” as further evidence that Congress did not intend to permit non-human inventors. The Court also noted that its decision is supported by its own precedent holding that neither corporations nor sovereigns can be “inventors” under the Patent Act.

The Court goes on to dismiss Thaler’s arguments that the term “whoever” in many provisions of the Patent Act is not persuasive evidence that “inventor” includes AI. The provision declaring that “whoever” discovers something may obtain a patent for that discovery, is subject to the requirements of obtaining that patent, including the definition of “inventor” that unambiguously excludes AI. Additionally, the use of “whoever” to describe entities and corporations that infringe on patents has no bearing on whether non-humans may also be “inventors” of patents.

The Court emphasized that Thaler’s case is a straightforward statutory interpretation matter that begins and ends with the plain meaning of the text, which clearly intends “inventor” to refer to a human individual. For this reason, the panel rejected Thaler’s public policy argument that patenting inventions generated by AI promote innovation. However, it’s worth noting that the Court left unanswered the question of whether inventions made by humans with the assistance of AI are eligible for patent protection.

This decision is just one of many, as Thaler has submitted his DABUS patent application in several countries around the world. The U.S. Court of Appeals decision is consistent with what British, Australian and EU patent officials have concluded. Thaler’s only win thus far is from a South African court that granted a patent with DABUS as the inventor.

Thaler is also testing U.S. copyright standards in a lawsuit against the U.S. Copyright Office for its denial of a copyright application for AI-generated digital artwork generated by his AI system, Creativity Machine. The complaint filed in June alleges that the Copyright Office unlawfully denied the application on the basis that the artwork “lacks the human authorship necessary to support a copyright claim.”

BloombergLaw reports that Thaler plans to appeal the patent decision to the high court. Companies and counsel should continue to monitor developments as the future of IP protection for AI-generated products unfolds.

1 “DABUS” stands for “Device for the Autonomous Bootstrapping of Unified Sentience.”