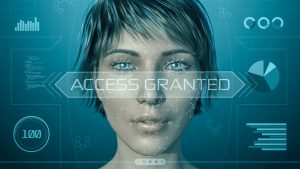 Computer-generated imagery (CGI) is the application of 3D computer graphics to special effects. CGI is used in films, television programs and, most recently, on social media. These images are not limited to modeling and practicing yoga … they even attend red carpet premiers.

Technological advances may make CGI influencers better for business than their human counterparts. There is no risk of human issues or error, such as profanity or criminal history. They allow for more control over an ad campaign in general and, in particular, the CGI’s narrative. This can help mediate the risk of unpredictability that comes with human influencers. Most importantly, CGIs can eliminate certain expenses, such as pricey flights.

CGIs can do everything human influencers can do, but better … or can they?

The World of CGI Influencers
Miquela Sousa, or Lil Miquela, is a 19-year-old Brazilian-American from Downey, California, created by Los Angeles-based startup Brud. As one of the 25 most influential “people” on the internet, Miquela’s bio says she works as an arts editor of the fashion magazine Dazed Beauty. Besides being an outspoken trans rights and Black Lives Matter advocate, she is a talented musician with two singles on Spotify. Her sponsorships with Barneys, Outdoor Voices and even Ugg prove that designer clothing is at least one type of product CGIs can promote. Outdoor Voices CEO, Tyler Haney, initially did not know she was a CGI. This is not surprising given Miquela’s realistic look and her shout out to Ouai for keeping her [digitally rendered] hair “silky smooth.” I guess that means she can promote hair products as well.

There’s also Shudu, the “self-proclaimed” “World’s First Digital Supermodel.” Shudu’s creator— London-based photographer Cameron-James Wilson—has always been transparent about her lack of humanity. Shudu’s first Instagram post branded her as a virtual model and indicated there are people working to develop her story. Despite this disclaimer, creator of SOULSKY, Semhal Nasreddin, thought Shudu was “a promising up-and-coming model from Africa” and sent her a free shirt to promote. If a CGI’s own self-identification as a non-human is not enough of a disclaimer, what is?

Legal Perils and Considerations
There seems to be a fine line between being human and being perceived as human. Although the FTC has suggested that the guidelines for human social influencers endorsing products should apply to CGIs too, it is clear that further guidance is needed when it comes to CGIs. For instance, how does a CGI make the appropriate disclosures?

Human influencers who post sponsored endorsements (i.e., advertisements) are required to: (1) clearly disclose their relationship to the sponsor; (2) tell their followers that they were paid or given the item; and (3) not be misleading in promoting the product.

In sample warning letters to influencers the FTC explained that disclosures should be easy to notice and consumers should not have to look for them. Specifically, “consumers viewing posts in their Instagram streams on mobile devices typically only see the first three lines of a longer post unless they click ‘more’ … you should disclose any material connection above the ‘more’ button.”

Just what defines a “relationship”?
CGIs may not even be able to “endorse” a product because, arguably, an image cannot be in a relationship or try a product.

According to the FTC’s Guidelines:

“Simply posting a picture of a product in social media, such as on Pinterest, or a video of you using it could convey that you like and approve of the product. If it does, it’s an endorsement. You don’t necessarily have to use words to convey a positive message. If your audience thinks that what you say or otherwise communicate about a product reflects your opinions or beliefs about the product, and you have a relationship with the company marketing the product, it’s an endorsement subject to the FTC Act.”

These unresolved questions occur daily. Consider the post of another CGI influencer, Bermuda, with a Starbucks hot beverage, her post sampling Bath & Body Works products, or even her post saying, “For my next trick, I will eat 3 Big Macs.” If Bermuda is even in a relationship with these companies, a hashtag may be enough to disclose it, depending on how easy it is to understand and where it is placed.

It would also be interesting to know whether potential FTC warning letters would be sent and addressed to the CGI herself. This potential loophole in advertising guidelines may allow brands to use CGI influencers to get their sponsored content to appear more authentically.

Without truth, what consequences?
It is a basic truth-in-advertising principle that endorsements must be honest and not misleading. Although there is no explicit federal requirement that CGIs disclose that they are not human, this truthfulness requirement may be interpreted to require disclosure that the CGI influencer is virtual in addition to disclosure about the relationship to the company.

Endorsement of certain products or claims may simply be off limits to CGI influencers. For instance, a CGI cannot honestly claim to have lost 20 pounds from a weight loss product. Or even to have consumed food or beverage. The FTC warns that “[y]ou can’t talk about your experience with a product if you haven’t tried it.” But CGIs have not worn or otherwise tried the clothing, accessories, or makeup they endorse. Shudu posted herself in a pink suit promoting Fondazione Nelly. Although her post discloses her paid partnership and her artificiality, it is unclear whether and how Shudu can be truthful with her experience wearing the suit, the earrings or the makeup.

This raises the question: Are virtual influencers inherently deceptive? Besides reflecting the honest opinions of the endorser, advertisements may not make representations that would be deceptive if made directly by the advertiser. This requires the person endorsing the product to have been a “bona fide user of it at the time the endorsement was given” if the ad represents that the endorser uses the product. As explained, this can get complicated with CGIs. Still, the FTC has not yet taken a position.

Tell us if you’ve heard this one before: disclose, disclose, disclose.
Despite the lack of clarity, there are precautions advertisers and marketers can take regarding the manner and content of their ads to protect their investment in CGI influencers.

Are avatar-specific regulations on the horizon, and if so, just how close would that horizon be? Like many other areas that look to regulations meant for humans for guidance when dealing with artificial entities, it’s difficult to know. But given the current legal framework, sticking with the old-fashioned human may be your best bet for using influencers.

Be Careful that Bot Doesn’t Come Back to Bite You

Bots, Sock Puppets and a Reckoning for a Social Media Influence Peddler