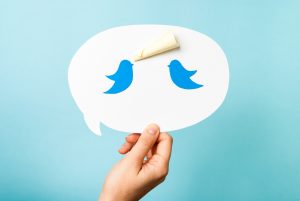 Earlier this month, we discussed the ways in which companies should navigate negative critiques and reputation management in the Age of Social Media. One option includes the pursuit of litigation, often demonstrated through claims for defamation. This course of action can typically be found in the context of a negative review: a company provides a service, customer is unhappy with the service, customer posts negative review about company online. In California, a company that wishes to claim said review has crossed a line must then prove (1) the customer made a false, defamatory statement concerning the company, (2) the customer made an unprivileged publication to a third party, (3) the publisher of the false statements acted at least negligently in its publication, and (4) the statement had a natural tendency to injure or cause special damage.

In recent history, the United States has seen plaintiffs suing for Twibel (a portmanteau of Twitter and libel), which involves the online, written publication of false statements that damage one’s reputation. One of the earliest Twibel cases dealt with musician, actress and artist Courtney Love on the defense where a fashion designer accused her of smearing his reputation on Twitter. Love tweeted to her multitude of followers that the designer was a liar and a thief. The case settled for $430,000. Courtney Love again defended a Twibel lawsuit a few years later; however, this time, she prevailed in a jury trial. There, Love’s former attorney, Rhonda Holmes, sued her for an offensive tweet that insinuated the attorney was “bought off.” Even though Love’s tweet contained false information intended to harm Holmes’ reputation, the jury found she could not be liable for libel because she had no knowledge that the statements were false. Defamation law dictates that if the defamed person is a public figure, the person making the defamatory statement can only be held liable for defamation if he or she knew that the statement was false or if he or she acted with reckless disregard as to the truth or falsity of the statement. In the suit between Love and her attorney, the attorney acknowledged she was a public figure, thus triggering the requirement to prove actual malice. The jury ultimately decided the attorney did not meet this requirement.

Now, we know parties may sue one another for libel based on harmful Tweets, and the Courtney Love cases demonstrate how parties can make worthwhile arguments on either side. But how do courts treat variations of the Twibel archetype, i.e., instances where an individual or company retweets a false and negative statement, not having made the original statement itself? The answer remains unclear. Last week, a plaintiff dropped her defamation claim surrounding a retweet due to the difficulty and uncertainty that comes with behavior on Twitter and its legal ramifications.

Background: Roslyn La Liberte v. Joy Reid
Recently, MSNBC host Joy Reid, staunch critic of President Trump and his immigration policies, retweeted to her 1.2 million followers a viral post shared by activist Alan Vargas. In Vargas’s original tweet appeared a photo of a woman in a “Make America Great Again” hat yelling at a student during a city council meeting in California. The tweet insinuated that the woman in the photo, Roslyn La Liberte, called the student a derogatory name for those of Mexican descent while hurling out threats of deportation. Shortly thereafter, Joy Reid found out La Liberte had not actually said those words, and she again posted to her 1.2 million followers, only this time with an apology. La Liberte then sued Joy Reid for defamation in the U.S. District Court for the Eastern District of New York, seeking $75,000 in compensatory damages, as well as punitive damages. While La Liberte raises several of Reid’s individual tweets in the suit, the retweeted content has proven the most intriguing.

The Peril of Republication
Because retweeting may constitute a form of republication, Twitter users could be held liable for libel when retweeting defamatory content. Indeed, under the doctrine of republication liability, someone who repeats a false, defamatory statement is treated just as though he or she initially published that falsehood. That person may therefore be held liable to the same degree as the person who originally spoke the defamatory words. This is the prevailing theory in most jurisdictions, and often subjects magazines, newspapers and broadcast news networks to liability when republishing false content.

Counsel for La Liberte relied in part on this widespread legal theory in arguing that Reid defamed his client. Certainly presenting a statement and its related ideas to millions of followers constitutes conduct that falls squarely within the republication doctrine, right? Well, not so fast.

Finding Shelter in Section 230
In a letter to the Honorable Dora L. Irizarry sent two weeks ago, Reid’s attorney cited Section 230 of the Communications Decency Act of 1996, which states, in pertinent part, “[n]o provider or user of an interactive computer service shall be treated as the publisher or speaker of any information provided by another information provider.” This act, although passed 10 years before Twitter’s founding, seemingly affords Twitter users powerful immunity from liability, operating as an exception to the republication doctrine. To illustrate, in Jones v. Dirty World, 755 F.3d 398 (6th Cir. 2014), the Sixth Circuit adopted the “material contribution” test previously applied in Fair Housing Council v. Roommates.com, LLC, 521 F.3d 1157 (9th Cir. 2008). The court explained that a website’s mere reposting or ratification of defamatory statements made by another did not undermine the Communications Decency Act’s protections. The website editors did not “materially contribute” to the defamatory statements that individual users later posted on their website, and so the company was not liable for libel. This case concerned a website acting as publisher rather than an individual user as the publisher; therefore, a marked distinction exists between those facts and the facts of La Liberte and Reid’s case. In other words, social media websites that create space for users to share their own content have used Section 230 to defend themselves, but no judge has fleshed out the Act’s reference to the term, “users.”

Nevertheless, Reid’s attorneys seemed at one point ready to follow the line of reasoning, invoking Section 230 to support an immunity defense. In response, La Liberte’s attorney argued that the proposition that Section 230 provides absolute immunity to Twitter users “turns centuries of defamation jurisprudence on its head and provides the highest form of immunity to arguably the lowest form of communication,” and further, that offering Twitter users immunity should be considered an unintended consequence “in derogation of fundamental First Amendment principles.”

Conclusion
La Liberte’s team has decided to back down on its claims surrounding Reid’s retweet, leaving legal scholars, practitioners and Twitter users without definitive answers. Specifically, La Liberte will be amending her complaint to remove references to the retweet altogether. That the debate has even gotten this far does make a few things clear. While many consider Twitter largely unregulated territory where users can spew out whatever content they so desire, the law says otherwise. Not only does Twitter itself have policies in place regulating the use of its platform—for example, one may not make threats against individual members of a protected group—but increasingly we are seeing expensive litigation concerning harmful words published and republished on Twitter.

Therefore, while courts figure out exactly how to confront the issue, individuals and companies would be wise to be aware of the truthfulness of a statement before tweeting and retweeting. Until the law catches up with this facet of public communication, it is better to air on the side of safety.