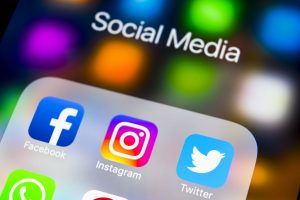 We often write about the benefits and pitfalls of social media usage. As companies and big businesses employ social media as an advertising mainstay, one pitfall we frequently encounter is the failure to properly manage a company’s social media handles. Like most pitfalls, these issues can be avoided. At a minimum, companies should have in place a robust and effective social media policy that is up to date on the current relevant laws, including privacy, advertising and employment laws. The policy should also include training, policing and reporting mechanisms that include clear guidance on what can and cannot come through on the company’s social media.

A recent example of a company’s social media gone bad involves Deciem, a Toronto-based skin care company started in 2013 by an unconventional founder, computer programmer Brandon Truaxe. Its makeup brand “The Ordinary,” known for providing effective skin care products at an affordable price, was able to accumulate a massive following (complete with waitlists) without much traditional marketing. Around June 2017, the company announced that The Estée Lauder Companies Inc. was investing in it.

The company highlighted the fact that it is “abnormal,” and, indeed, Truaxe interacted directly with customers in an unprecedented way—handling the company’s social media accounts mostly by himself and using language that would not get past the usual layers of internal approvals at most companies. Recent developments illustrate why this may not be the wisest approach to handling a company’s social media accounts.

Earlier this year, Truaxe exhibited increasingly erratic behavior. First, in January 2018, he posted an emotional personal video to Deciem’s Instagram account. Several others followed, some of which were subsequently deleted. In February 2018, co-CEO Nicola Kilner was fired and CFO Stephen Kaplan resigned. (Kilner later rejoined the company in July 2018.) Truaxe reportedly emailed the news outlet Racked to say that, “I have terminated employment of several people at DECIEM who do not subscribe to my peaceful values. I have also cc’d Estée Lauder’s management on here. I hope you’re well and smiling.” In April 2018, he reportedly fired the company’s entire U.S. team. This month, he announced through the company Instagram account he was shutting down operations, claiming that everyone at Deciem was involved in “major criminal activity.” A few days ago, Estée Lauder filed a lawsuit seeking removal of Truaxe and appointment of Kilner as the sole CEO. The suit seeks to enjoin Truaxe from firing employees, communicating with employees or suppliers, posting to the Deciem social media account or acting as an employee of the company. As a shareholder, Estée Lauder states that Truaxe’s behavior is causing irreparable harm to its investment and reputation.

It is not clear if Truaxe was the sole possessor of the login credentials to Deciem’s social media accounts and whether the accounts were tied to his personal email. In any case, it would be wise to use an independent email address created for use with the accounts and have more than one person with access to account credentials. In that way, a rogue employee could be locked out of the company’s accounts. Of course, in this situation, the rogue employee was the CEO, so it might have been difficult for any other employee to lock out the boss. But in most cases having different authorized social media managers would help prevent further damage from a rogue employee and provide more control by the company.

Sometimes a small bandage will do…
For anyone seeking to compile a list of social media missteps by companies, practically every week provides a handful, but some mistakes are more honest than others, and how a company handles the initial faux pas can be instructive. Way back in 2011, a Red Cross employee accidentally sent a personal tweet on the company’s Twitter account. As it turned out, she was not careful in using Hootsuite, a popular social media management platform, on her mobile phone. The employee’s inadvertent tweet went something like this:

The Red Cross handled the mishap quickly with humor and transparency, responding:

This particular incident provides a good reminder that unintentional or distracted messaging is not just a danger in driving, and that most social media managers would do well to exercise extra caution when using a handheld device to interact with different platforms. It can be easier for accidents to happen when one is accessing social media through smaller interfaces and different layouts than when sitting at a computer.

As the technology around social media continues to evolve, and user engagement continues to evolve along with it, it is impossible to imagine and preempt every possible angle of exposure for a company. However, as long as the benefits outweigh the risks—and to ensure they continue to do so—companies need to maintain a continuously updated social media policy with clear guidelines on how to use the relevant platforms.

You never want to have to confiscate the keys.

Hiring, Firing and HR Rewiring: Human Resources in the Age of Social Media

“Tantrums” Aside, the Law Leans Toward the Employee in Issues of Social Media and Free Speech