Social media has become a must-have medium for most companies and celebrities. The medium provides an easy, inexpensive and instantaneous connection to customers and fans. However, as social media marketing continues to expand and evolve, so do concerns about deceptive advertising.

END_OF_DOCUMENT_TOKEN_TO_BE_REPLACED

Earlier this year, the Federal Trade Commission (FTC) went after Warner Bros. Home Entertainment Inc. for not clearly representing that several digital influencers were paid as part of a marketing campaign for the video game Middle Earth: Shadow of Mordor. (See our prior posts on FTC enforcement of its disclosure requirements.) According to the complaint, these influencers were paid amounts ranging from hundreds of d 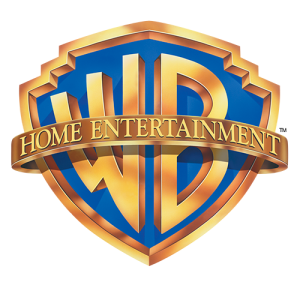 ollars to tens of thousands of dollars and received advance-release copies of the game with instructions on how to promote the game. The sponsored videos were viewed more than 5.5 million times. One very popular influencer, Felix Kjellberg, known as “PewDiePie” on YouTube, created a video that has been viewed over 3.7 million times by itself.

END_OF_DOCUMENT_TOKEN_TO_BE_REPLACED 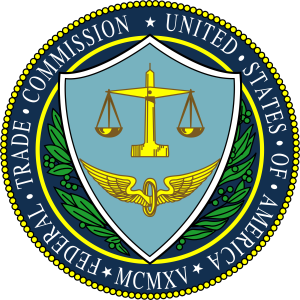 We’ve written previously on the rise in FTC scrutiny and enforcement regarding the use by companies of paid digital influencers without the proper disclosures. Recently, retailer Lord & Taylor found itself in the FTC’s crosshairs when it employed bloggers and Nylon magazine as part of a very successful campaign to promote a clothing collection online and on social media. Unfortunately, the campaign was less successful in its compliance with the FTC Act.

Along with colleagues Lori Levine and Lauren Lynch Flick, we’ve taken a closer look at the case in Lord & Taylor Case Shows the Importance of Transparency in Advertising, itself just the latest example of how companies can run into trouble when they fail to fully disclose a promotion or advertisement.

For businesses offering services requiring a contractor’s license in multiple states, the rules governing traditional contractor advertising can be complex enough in their own right. But when you add social media to the mix? Well, then knowing where to look and what rules to follow can become even more of a challenge.

Over on the construction and real estate law blog, Gravel2Gavel, colleagues Amy Pierce and Rob James have written two posts of interest to any contractors trying to navigate the often complex intersection between advertising and social media. The first, Contractor Advertising in the Age of Social Media, explores some of the hows and whys of this increased complexity. Its companion piece, A Resource Guide for Contractor Advertising on Social Media, provides what could be an invaluable starting point for any contractor wishing to take advantage of the immense potential for customer generation and relationship building present with social media platforms … without running afoul of the ever-changing, myriad state and municipal laws, regulations and guidance that govern such advertising.

Colleagues Gerry Hinkley and Caitlin Bloom Stulberg have recently released a thorough examination on FDA compliance in the realm of consumer-generated content.

It’s an issue we discuss often and is becoming more prevalent as increased social media use blurs the line between manufacturer-promoted advertising and independent consumer opinions. The discussion investigates when consumer-generated content may be imputed to a manufacturer and best practices to remain in compliance with FDA regulations.

END_OF_DOCUMENT_TOKEN_TO_BE_REPLACED

Brand companies have come to view user-generated content as often one of the most effective and authentic ways to advertise their products or services. This is known as “user-generated content marketing.” For example, with the ubiquitous selfie, brand companies have discovered a rich supply of user-generated content. Consider a consumer who takes a selfie wearing a favorite pair of jeans, posts the photo on Instagram, and then tags the photo with #brandname. The jean company sees and likes the photo, re-posting it on the company website. Legal issues? If the consumer or user was hoping to get attention from the brand for the photo and opinions shared online, not at all. This is how many digital influencers get their start. But if the user was not seeking such attention? Then, problems can arise.

END_OF_DOCUMENT_TOKEN_TO_BE_REPLACED

In late July, we posted our client alert titled FCC Expands Reach of Telephone Consumer Protection Act.  The Alert discusses the FCC’s July 10, 2015 long-awaited omnibus Declaratory Ruling and Order. The Ruling focuses largely on providing guidance, particularly for new and emerging technologies, regarding what an automated telephone dialing system (aka ATDS or autodialer) is and when consent to use one to place a call or send a text message is required under the Telephone Consumer Protection Act and its implementing regulation, 47 C.F.R. § 64.1200. All businesses should immediately reevaluate their calling and text messaging practices to ensure compliance with the new Ruling, as it is likely to escalate the continued upward trend in TCPA class action filings.

END_OF_DOCUMENT_TOKEN_TO_BE_REPLACED

Microsoft Points Retired
The latest Xbox 360 system update has retired Microsoft points and now all transactions on the platform will make use of local currency.

Software Patent Mess Hits High Court with WildTangent Case
In what attorneys hope will be the first step toward clearing up the muddled legal standard for when software is patent-eligible, WildTangent Inc. asked the U.S. Supreme Court on Friday to address a question it said the Federal Circuit had left in “complete disarray.”

9th Circ. Weighs in on Player Likeness in Video Games
On Wednesday, July 31, 2013, the Ninth Circuit issued two opinions assessing the parameters of use of individual player likenesses in video games in two highly watched cases.

Foursquare deal could be a goldmine for Yahoo
Yahoo and Foursquare are in talks for a data partnership.

Facebook wins final approval for ‘Sponsored Stories’ settlement
The social network pays out $20 million and adds more controls to settle a lawsuit over a feature that publicized users’ “likes” on advertisements without permission or compensation.

Facebook: Actually, here’s how we’re using your data for ads
In proposed terms of service, the social network illustrates how member data is used as a part of Sponsored Stories – because a court ordered it to do so.